For those of you who are playing on the beta site, here is a thread for anyone to post their ideas. You can also do so in the comments section here.

After clearing a puzzle, players are given the number of points they earned, how far up the ranks they ascended, etc.

Here is the build from the current site 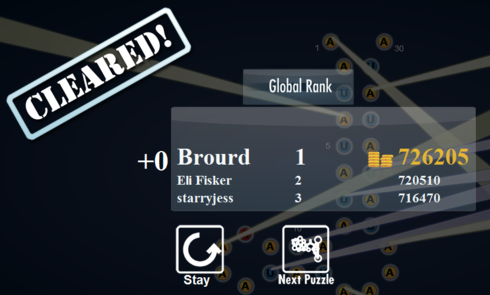 Here is the build for the beta site 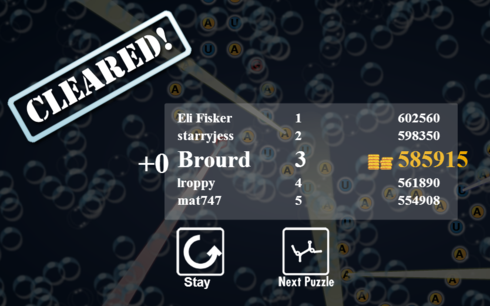 As you can see, there are a few differences. Now, unless the build from the older copy of the database does not transfer over onto the new build, this will need to be fixed up. I would also ask that it be updated to match the new theme of the site, perhaps the inclusion of this green checkmark in there to also mark it as cleared?

If any players have any ideas on how to update or change this end screen, please post in the comments below.

I’ve run into a minor bug in the beta, not quite sure if it is a local issue, or if it happens on any other browsers.

When running Chrome, it seems that when a page is left open for an extended period of time, the images on the page go blank. 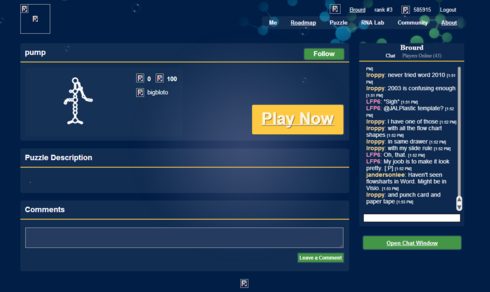 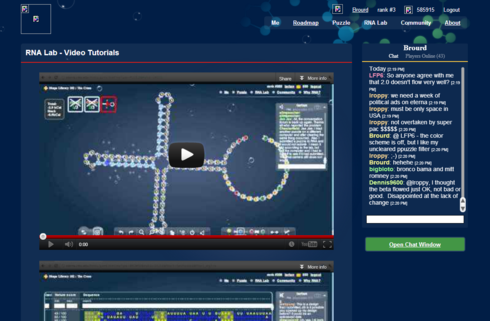 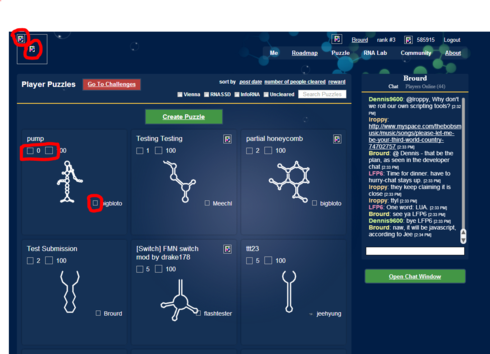 As I said, not sure if this is a local issue, related either to browser or internet connection.

In the about EteRNA page, several lines of foreign text seem to appear randomly in the middle of the description. 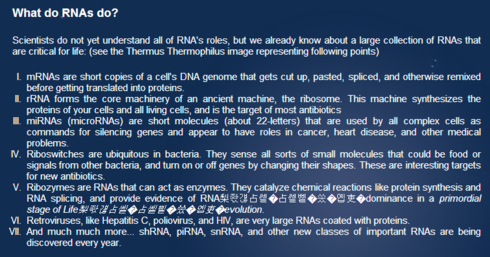 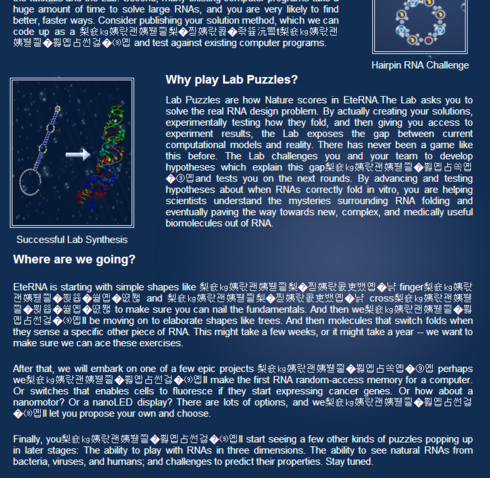 I’m not sure if any of this has a purpose. If not, it should probably be deleted.

Not sure if this has been noticed, but you can’t edit your profile, and there are only four timezones you can change to. Also, visually, it’s a little blocky. It could flow a bit better. Overall, I like the setup, and I’m glad for the new tutorials. I can’t wait to see them!

Congrats to the team for the info about the lab and puzzle maker opening up on the beta!

one quick request on puzzle maker. Could we have the “cursor box” only appear on the item currently selected. In the prod and beta version, we continue to show rectangles around one item in the bonds taskbar and one item in the insert/delete taskbars. It is sometimes hard to tell which item was last selected. We just need to turn off the rectangle in the prior taskbar when designer selects something in another taskbar. 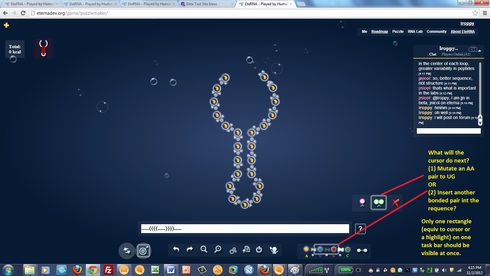 I love the split-screen mode for switch labs. One issue: when you mark a node in one panel it doesn’t show as marked in the other. E.g. 23-25 marked in the left panel but unmarked in the right panel. 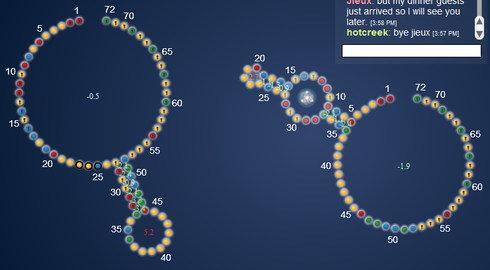 While I’m at it, might this be a good time to mention a similar desire to have some way of cross referencing from rows and columns in the dot-plot to nucleotides in the shape?

Hi LFP6, as noted at the end of the news item containing the beta link.

Why is it on some screens the top half of the screen is a lighter blue than the bottom half? Is this on purpose? I don’t particularly like it.

Adding to jandersonlee’s post (and perhaps clarifying my experience in beta):
I believe there are 6 possible screen states for switch puzzles in which one can mark a node:
1 - natural non-switch
2 - target non-switch
3 - natural switch
4- target switch
—and the 2 new ones —
5 - natural split-screen
6 - target split-screen

In addition to the request to have a mark in one panel of a split-screen to show in the other, I’d prefer it should also be that marking in any screen state would continue to show as marked when changing to another screen state.

Currently the right panel of split-screen appears to have consistently marked nodes from target to natural, but not to any other screen state (or the left panel).

After investigating Starryjess’s above comment, it appears that the beta has an issue in Internet Explorer.

As mentioned above, the top half of the screen is a lighter blue, and the bottom half is a darker blue.

It looks like it is a problem in internet explorer.

Also, related to lroppy’s “Puzzle maker topic”, when you put the cursor over the puzzle you are making, the dot is red for both “delete” and “G”; it’s yellow for both “add” and “A”. This makes it even more confusing. “Add” and “delete” should be different colors than the bases. Or make them look different somehow, maybe by putting a border around the dot in add and delete. 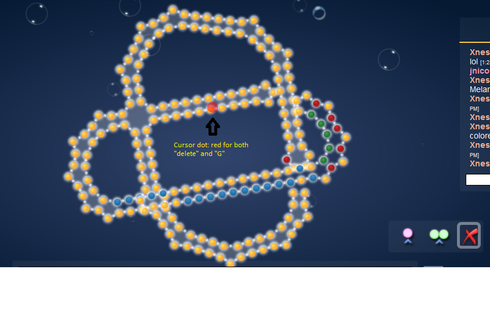 It may make sense to have that milestone on the roadmap somewhere. (and a “GO” link to create puzzles on that milestone).
Roadmap is a very nice feature.

The Free energy box for the second state overlaps on the submission box in PiP mode in the lab. 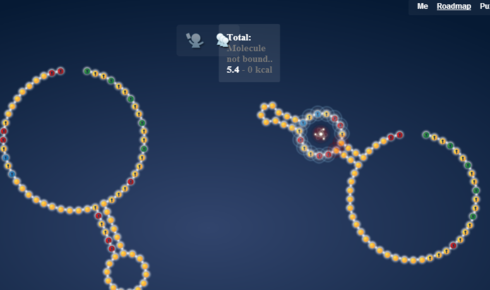 This doesn’t affect functionality, so it is only a visual issue.

This is probably a feature request rather than a beta fix, but:

Having split screen mode, it seems like it should be possible to have a dot-plot mode where instead of overlaying the shape it forms a split screen panel with the shape in one panel (say the left) and the dot-plot and melt-plot in the other panel, stacked vertically. This would open up the possibility for interaction between the two screens, such as hovering over a point in the dot-plot temporarily highlighting the matching two bases in the other screen with pulsing white rings around them. Likewise hovering over a base in the shape screen would highlight the matching row and column in the dot plot (like a yellow highlighter?). Also if nodes are marked via control-click, perhaps they could be highlighted in the dot-plot as-if by a contrasting color (purple?) highlighter.

For the far future, a click-able or sliding temperature selector associated with the melt-plot could let you select a temperature and see how the molecule responds in “natural mode”.