Comparison of Test Results from scripts

Mat and I have a couple of suggestions for improvement of the Script Interface.

I would like to have the two Puzzle tests I’m looking at now for the same script but just different versions, side by side on screen. It would be much easier comparing them and detect patterns in which puzzles they solve or get stuck on compared to each other.

I would like to be able to pull this comparison ingame, for any two scripts I want to compare. Also I want the name of each script on top on the page as I can easy forget which is which. 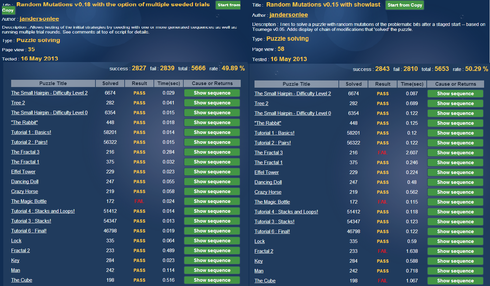 Now it is relatively easy to see which script is generally the fastest, which can be useful for trouble shooting.

Mat said: It would be good if we could export to the puzzle maker. He mentioned, that the only way we can view how the script solves a particular puzzle, is if we pull out the sequence and dump it in the puzzle maker.

It would be much easier to troubleshoot scripts, if we could just click Show sequence and the sequence it would automatically open up in the puzzlemaker. Then we can see both how the script solves or how it fails a particular puzzle. It could be done in one click, like here are results for the puzzle Fractal 2: 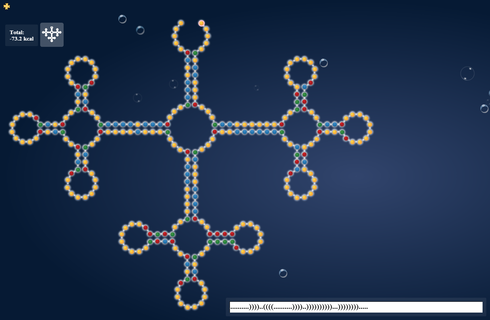 Instead of as now: 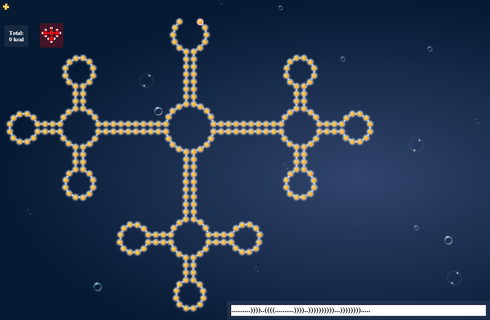 Dump sequence in the puzzle maker: 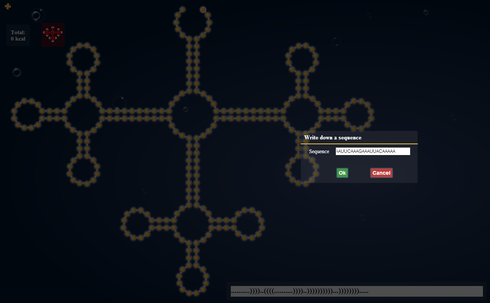 One more related thing. The secstruct string for The Magic Bottle contains x’s:

When you paste it into the puzzle maker, it drops the x’s and gives: 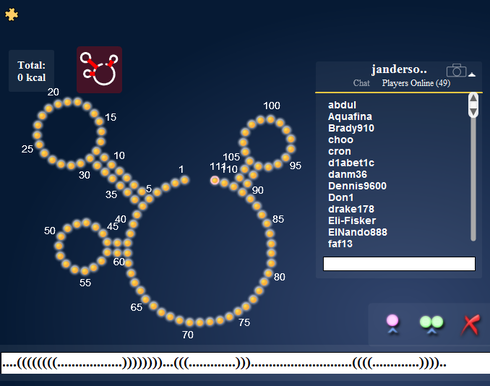 However, when I look at it in the Puzzle Player it treats the x’s as dots: 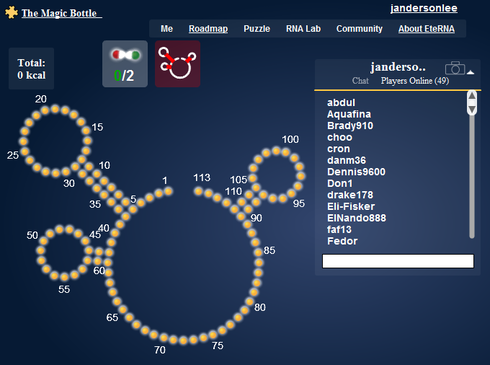 I really would like this to be consistent (or better yet, clean the database!).

Also, in this case, the string returned by the script does solve the puzzle *without* the constraints – and that’s all the input that it receives: the shape data and no constraints. So it hardly seems fair to say that it failed at the task at hand. 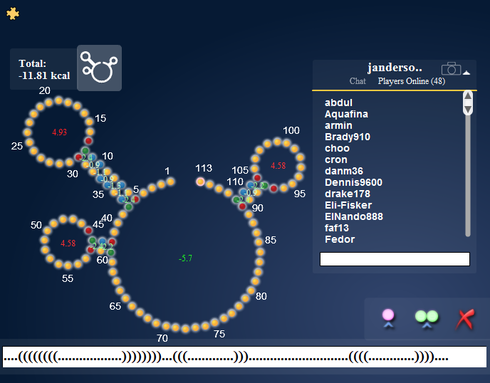 P.S. I *LOVE* the idea of side-by-side script result comparison, especially if we start running them against standardized benchmark sets of puzzles. +1 +1 +1 +1

By the way, I have an adittional idea. I will love having a search field for puzzles. 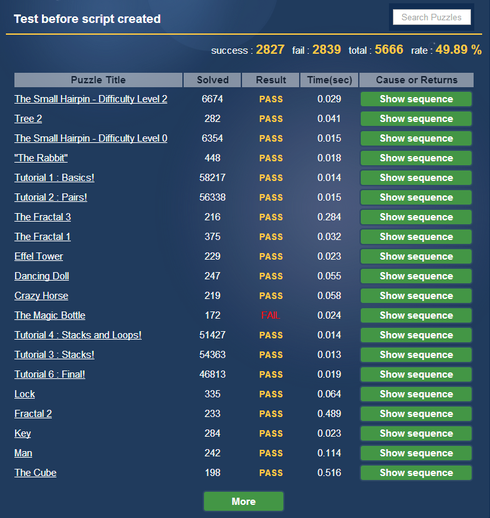 Sometimes when I am testing a script I choose to look at a particular puzzle. It can be old. It will be nice not having to look through all 5666 puzzles in the script test results to find it.

In general, I would think that most tools should have side by side comparisons as default, and easy puzzle or lab search.