Mat got a great idea for how to improve the ingame display of structure notation and the puzzle maker tool. He got inspired by Hogla’s new crazy 8 state design.

Devs could use a monospaced font. Here is a good example of why it would help. The length of the structure is exactly the same for all 8 states in the puzzle, but the structure notation don’t line up. 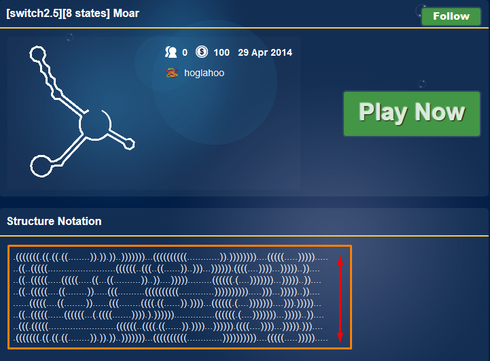 Also when dot bracket structure is copied out and lined up against letter sequence, it will be neat if they line up. Monospaced letters would mean that letter sequence and dot bracket would line up, when placed above one another and fill exactly the same, if of same length. It would really help a lot for comparison and analysis. Also for the ones in the players puzzles. 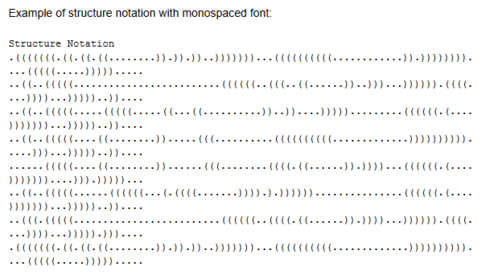 Example from the puzzle Nucleotide bubbles

Hint on from Mat on working around the problem for now: Notepad is monospaced font, copying your sequence and dot bracket to there, is one way of getting to comparable structure notation and letter sequence. Another way to get to monospaced font is to change the font in a document to Courier New as it is a monospaced font.

I like the symmetry. I don’t really look at seq and notation simultaneously but perhaps that is because there is no uniformity. This may change that

On the temp tracker on wiki until devs can take a look.