I can confirm.  Was brought to light in chat by another user as well.  This is a playthrough puzzle.  There are no puzzle constraint boxes shown or regarded in the puzzle, not even the stability constraint.  The puzzle won’t solve even with stable sequences that meet the requirements the puzzle previously enforced, and there isn’t an option to continue to the next level 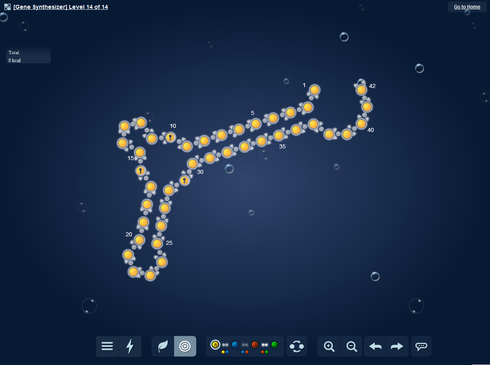 @nando, I was in chat when PI reported this, and have some more info.

At Safari’s request, I let my Mac download a new Flash version, but that didn’t change anything.

There’s nothing unusual in the console output.

The last thing I tried was to reset the puzzle in each browser, thinking the difference might be something in local flash storage.  But that didn’t change anything either.

I’ve now run out of ideas.

Thought it was a new Flash version issue, but it seems others have used 22.0.0.186 with the same issues, though it works for me on Chrome and Edge

For anyone who comes across this before the problem has been resolved, please fill out this form for every browser you have access to (even better, on every computer you have): https://goo.gl/forms/6MzKlQXKlQglyNUU2

*Hopefully* this can help nail down where the issue is.

Hoglahoo has done some great sleuthing, finding that this issue occurs for all  single state  tutorial puzzles AND challenge/player puzzles including and older than this one (which includes all single state challenges): http://www.eternagame.org/web/puzzle/2331559/

It appears that many single state labs are having this issue as well, both old and new, but some are fine, like this one: http://www.eternagame.org/game/puzzle/2333352/ Oddly enough, it looks like all the ones marked “Cloud Lab [##] - [Title]” work, but none of the others that I’ve tested do.

FYI, here are the responses from the survey: https://docs.google.com/spreadsheets/d/1zue03crypoaayB80MfmhQkH4F43Hn_NUQPYgDe7ZRRA/edit?usp=sharing

Hi, and thank you all for the report and details. I inadvertently introduced a bug as I was working to introduce the ability for the applet to handle targets with both aptamers and oligos. Hopefully, this is fixed now. You may need to force-refresh in order to get the latest version of the applet from the server.