It seems like Puzzle Solver scripts are only being passed the secondary structure string, but are penalized if they don’t meet the constraints (e.g. less than 3 GCs). I see two possibilities:

As far as I can tell, the puzzle solving scripts are not required to match any constraints.

An excerpt from Random Mutations v0.30

As you can see, the script passed that structure, however, it’s solution is 8 G-C, which is not equal to the 3 G-C constraint set on that puzzle. 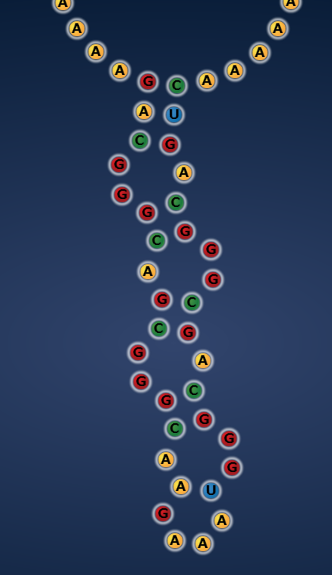 From what I can tell, the script gets one shot at each secondary structure, submitting the solution it says will fold into the target. It will then timeout if the native fold does not match the designated target.

Ah yes, I think I found what you may be talking about. The secondary structures that have spaces, or foreign characters in them, appear to be an issue, as one of them failed, even though it generated a sequence. Once again, the spaces strike!

Then it’s just the bad characters that are to blame. Thanks for finding an example that clarified the case.