There are several different things that can be done here. There are 3 locked Adenines, which have to be paired up with Uracil. 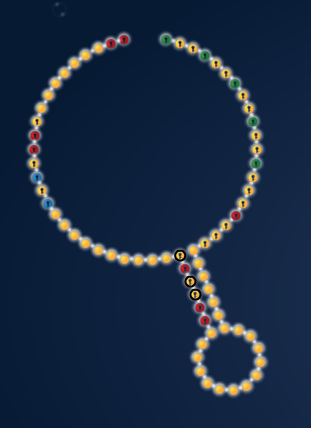 There are three locked Guanines, which can either be Uracil or Cytosine. GU pairs have been known to split in stacks, however, this has not been fully tested, so this could be the answer. 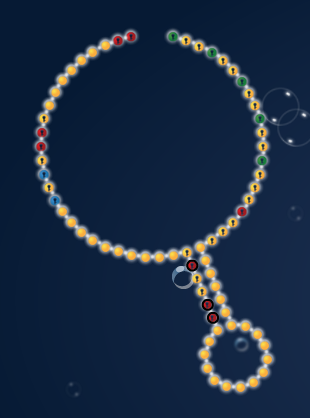 There is one free bond in the hairpin stack. What this bond has to be may depend on the boost and the adjacent pair with the locked Guanine. 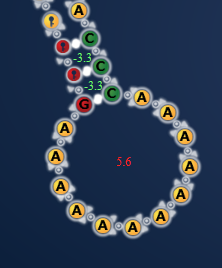 This lab should help point out stable versions of this pattern when Boosted/unboosted, etc. If the adjacent base pair is GU, it may be stable between the 2 GC pairs. The other question is direction. Should it be a GC pair, where most designs will have a large line of U’s and C’s, or a CG pair, with a long line of U’s and C’s ending with G 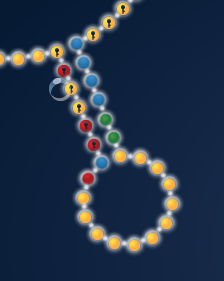 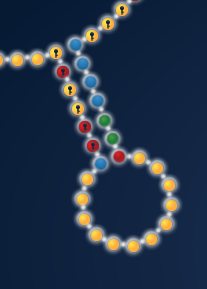 Potentially, three bases in the hairpin may be mutated to something other than Adenine. 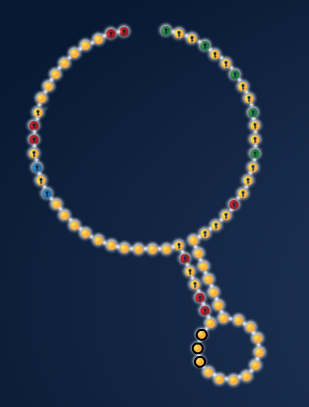 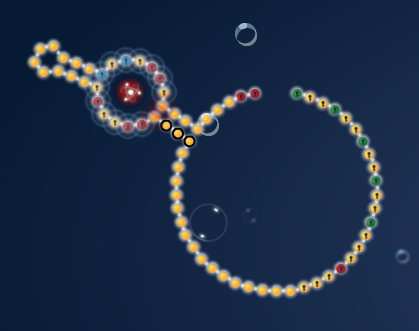 What should these be, C’s, G’s, U’s? Not enough data has been seen in larger hairpin loops to determine whether the inclusion of something like U will cause a mispair in the loops, if G’s would cause the stack to slide, etc.

Here, several bases may be mutated for the bound target. What kind of effect will these bases have on the locked bases needed for synthesis? Should there be very few G’s, to prevent the mispairing with the locked C’s in the loop? Should we try for more G’s, so that corresponding C’s and U’s are in the Unbound Hairpin Loop? 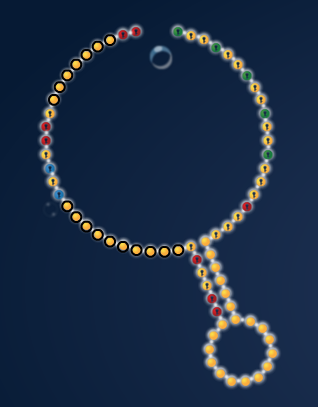 Here, there is a question between Weak and Strong. Weak has been seen in designs like blur, Oolongs first round designs, NUPACK, etc. 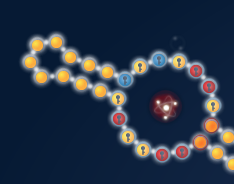 Weak - defined as being all AU or with GU pairs, no GC. Is the molecule strong enough to pull this stack together? If we increase the number of GC pairs in the alternate stack, would that fix this weakness? In addition, the weak stack allows boosting in the tetra loop, is this good or bad? Many players have used this due to RNA fold numbers being better. Is this good or bad?

Strong - defined as 1-2 GC pairs in the stack with the tetra loop. Common in RNA fold is this stack forming, Lowering the MFE% ? Will this stack form during synthesis, before it should? Then, where should this GC pair be placed. Closing the tetra loop, or the Aptamer loop, and how should it be flipped? The other stack will naturally be weaker, with less GC pairs, due to the increase of negative free energy in this stack. Is that good or bad? 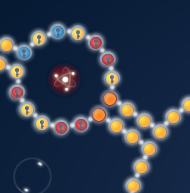 Should this be weak or strong? More GC, less GC. Whatever is chosen will affect the bases in the hook and hairpin loop for the unbound target. What about the closing hairpin for the aptamer loop, should it be GC, AU, GU, etc.?

The bases here will be affected by whatever the free locked pairs were in the Unbound hairpin stack. Should these just be U’s and C;s, to prevent mispairing in the open loop. Would the addition of a G really matter? 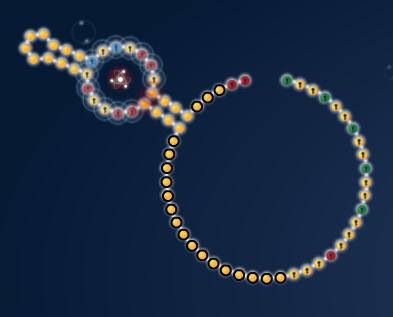