The voting system is a popularity contest.

Well, I must not be very popular.

Honestly, there are just so many designs to look at, it’s difficult. I think I’ve got my best design yet in this current lab, but who really has the time to look at it? And, I will admit that I have to almost randomly flip base pairs to get a clean dot plot. Unfortunately, I have no idea which pairs correspond to a certain spot. I’m impressed with the knowledge of some players, like Ding, that not only know that information, but can call the nucleotides position by number and interpret what the model is projecting.

But, I enjoy fooling around and have definitely gotten better with each iteration whether anyone else notices or not. So, some personal satisfaction.

EteRNA is preparing to get rid of the voting system and move to a new system called Elo rating system.

Check out this link for details!

No wisdave you are not popular. like a majority of people that take their time to play this game. But the lab voting results select for a small group of people The voting system is flawed, I am coming to the end of puzzle challenges I am questioning what would keep me or other people to continue to play. An unbiased voting system just might.

When will the new voting system be in use?

@Joshua - “No wisdave you are not popular. like a majority of people that take their time to play this game. I am coming to the end of puzzle challenges I am questioning what would keep me or other people continued to play. An unbiased voting system just might. Bahh Dave how’s the grass.”

I don’t suffer comments from the ignorant. You imply that I am a sheep? I stated that I enjoy playing this game. If you don’t - leave. Please don’t sully this board with ad hominem attacks. There are lots of other forums for that. Thank you.

Of course you are offended that’s why you responded. Your not playing a game your fooling with a toy. A game is structured playing, usually undertaken for enjoyment and sometimes used as an educational tool. Key components of games are goals, rules, challenge, and interaction. In Eterna’s case there are no goals in the lab if the same people win over and over irregardless of the merits of there design. Eterna can be a great game which can help science but right now its has a flaw. I made my comment to bring light to this flaw and my dissatisfaction with it. You commend on my post on a web site call satisfaction. You are dim I am glad you enjoy yourself flipping your colors around. But that was not the point of these tread sometimes your opinion is not need if it don’t add to the discussion. Are you one of those Love it or leave it fellows. Keep your head down dave. 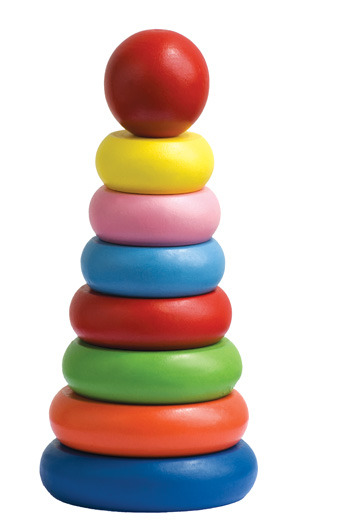 Will it be a blind voting system

The new system has been in beta for a few weeks now, if you haven’t checked it out yet you can play here: New lab beta. It was announced in this News item: Announcement.

It’s not completely blind – you know who designed the sequences you’re comparing, but you don’t know what choices other people are making so there should be less of an issue with “pile-on” voting than under the current system. I think they’ve said that the new system will move out of beta for the next lab shape, whenever that happens.

I did see that announcement but this system will still suffer from the same problem as the current system. The vote should be blind with out title description or the author to remove human bias.

Joshua + Wisdave: I’m going to gently suggest that this conversation is becoming unproductive. I hope that, as reasonable people, you will agree. Wisdave, your comments about the game are really appreciated, and Joshua, your concerns about the voting system are well taken; we’ve been thinking about this issue very hard.

When the new voting system is released, we very much look forward to your to comments and suggestions.

It will be stagnant in it current configuration. For every 1 person you get to contribute to your lab you will need to have 413 people sign up. if you wanted 100 additional contributers to the lab you need 413000 signup 1.5 times your current enrollment. For the goal of 100,000 synthesize per mouth you need 3.2 mil new recruits thats large then the top podcast shows. They can spend hundreds of thousands on there infrastructure and bandwidth. your current business model is good for selling high end luxury cars. Not for developing a Human base multiprocessors computing system that can do better then current computers. http://youtu.be/hSVo4ejZ7rc Only fifty people contributing to the labs will not cut it. You will need thousands of people contributing to make your statement true. Right know you could say Eterna players show promise of beating state-of-the-art computer algorithms constantly. Your going to publish your statement have a rush of people come to signup and only harvest a handful of contributers to your lab in turn souring the experience of the people took the time to come to your game but did not contribute to the labs. But if you take the time and make some simple changes to your reward system that would make a larger % of people feel like they are contributing you could capture a larger % of people that would contrubute. I could not run a business on a small advertising budget if one in 413 persons that came in bought something. Your idea has good bones but it need to be worked out with criticism and critical thinking not glad handing. If it was a business i was running i would experiment with the rules to increase your capture % before publishing a one in a life time statement like you are plaining on doing.

Joshua - I completely agree with your point we need higher retention rate in lab participation.

Our immediate goal does not to have millions of human computers that are all better than existing computers. It’ll be our dream : ) But we have a long way to go.

Our current goal is to find out why people are doing good - and deliver them as a new algorithm that everyone can use. This is the first milestone of our project. We have a number of good people - can we figure out even manually why they are good? Can we make their strategies as a general algorithm? This is an extremely challenging problem as it is now.

The publication does not mean we state “Our project is perfect. We solved everything.” It’s a report of what we have achieved so far, and a milestone that our project will grow upon. A handful of people most of whom didn’t have an experience in RNA science at all outperformed the state-of-the-art computer algorithms. Delivering their strategies formally is a great research material so we want to publish it, but the project is still moving, and the publication won’t j mark it “done.”

An advantage of synthesizing 100,000 / month is that we’d completely get rid of the current selection mechanism, which would likely increase lab participation. Alas, the present economics means that we inevitably must select from the players’ designs.

Josh: have you been following the threads on the improvements to candidate selection? If so, we’d love to hear your suggestions as to how it could be improved, especially after it’s released. We decided to delay release a few days so as not to taint the current run of data.

You could do both. Study your lab contributers to make your algorithms and fine tune the rules of your game to increase your lab participation. Is your lab groups choosing the best possible design or are you make an algorithm that will choose the 2nd or 3rd best design. If I wanted to model a system I would have it at is peek efficiency have a group in one cycle design and select for high% synthesis. I think you would need a slightly larger group to do this constantly. The problem you have with publication is you need it to grow. But every time you publish you expose new people to your game which is good. The bad part is you have horribly retention rate. And to get people to come back to your game after they exposed to something they have rejected is hard. I don’t think there its a large population of people that enjoy playing science based games. the more people you have signed up the more money you will have to put into data storage. you can reduce your overhead by increasing your retention rate. if you have more then one selection system I would roll them out in parallel and let them compete to give the optimal metric. The voting system could be as fun as the design system. If people feel like they are cheating then there is a flaw that is driving down your retention rates.

Josh: Those are excellent ideas. We’re going to roll out parts of the new selection system in parallel, and we look forward to hearing your ideas once those are out.