This is consistent across repeated opening’s of JR’s JR_space_sw_e1 submission.

What you have run into is the fact that the game bases the dot plot on the predicted natural mode for the current state. With JR’s JR_space_sw_e1 submission, the first state, when you change it to natural mode, is predicted to fold into the same shape as the 2nd state. 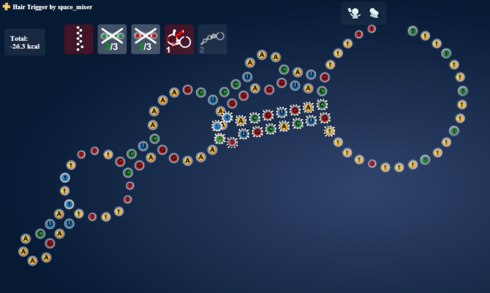 As seen in the above screenshot, the first state is unstable, and this is how it is predicted to fold. The game uses the predicted fold to generate the bottom left of the dotplot, hence the differences between designs.

Why does it use a prediction when the desired shape is already known?