How to solve Brourd's puzzle Small and easy 3 V2

The big eurika moment for me in this puzzle was that I by placing a nucleotide of a color that I under normal circumstances would have never have used at that spot – I could break an unwanted structure from forming. There are two of these moments in this puzzle. Now I will show you how this puzzle can be solved. 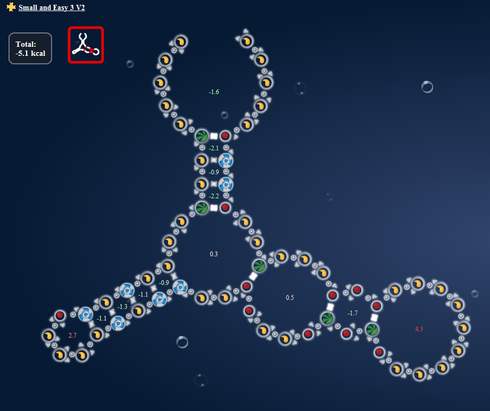 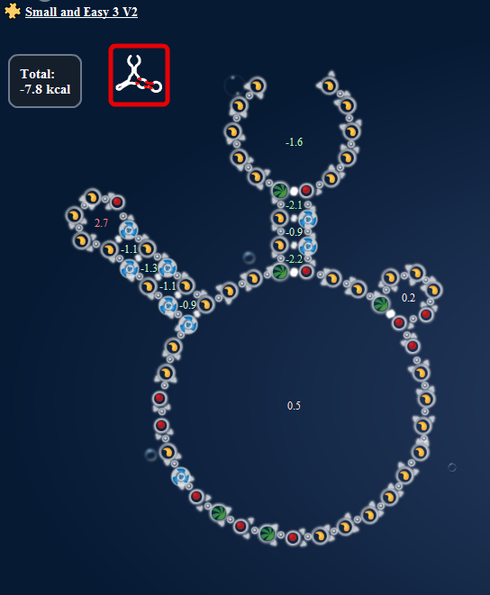 Now mark the two nucleotides (47-52) where the unwanted tetraloop is forming, like in the picture below. That is done by holding down Ctrl and clicking on a nucleotide with the mouse. Then a black ring will appear around it. Now it is easier to track what happens between Target mode and Natural mode.

This is Natural mode 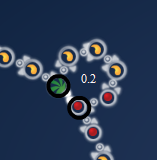 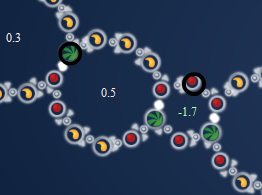 So now you know which two nucleotides that pair up. You should think about what you can do to avoid these two nucleotides from pairing. A way to do this, is trying to break the loop that is untendingly forming.

To do this put a blue nucleotide at base nr. 50.

You get the numbering on the puzzle by clicking the gear in the tool box and choose Show nucleotides numbers.

In lab we have seen that loops are sometimes broken and nucleotides pair up wrong, when we place blue nucleotides in the middle. But why not choose a red or green nucleotide to do the job instead? Because they have a stronger breaking or pulling power. You just want to raise the energy inside this unwanted tetraloop just enough to prevent this loop from forming. Not have this single nucleotide you place in the loop ring, pair up in a basepair. 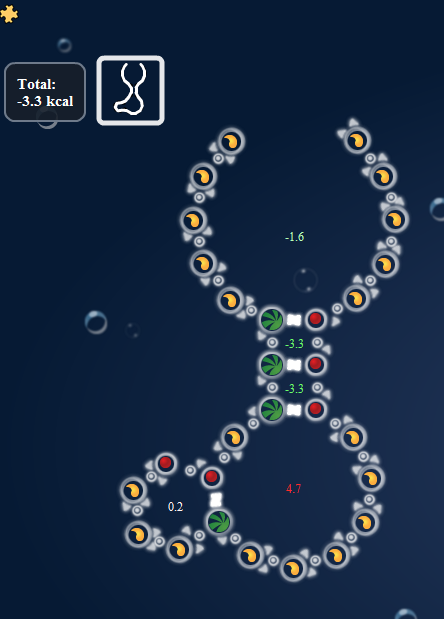 Notice how the higher energy in the tetraloop, after the blue nucleotide is added, destabilizes the tetraloop. The result is that the tetraloop is unstabilazed and therefore won’t be formed. 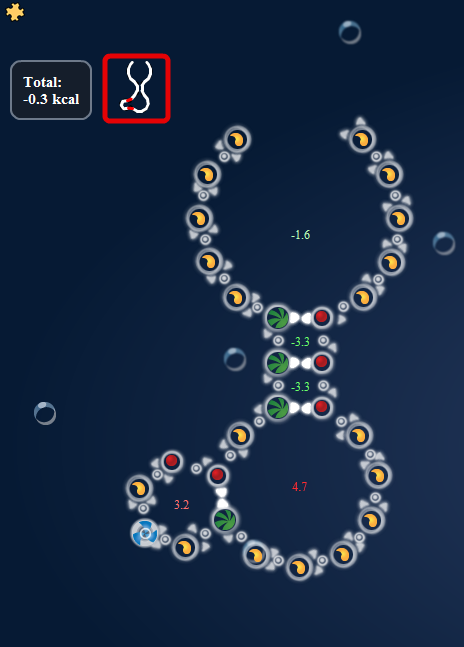 This is what the puzzle looks like in Target mode. 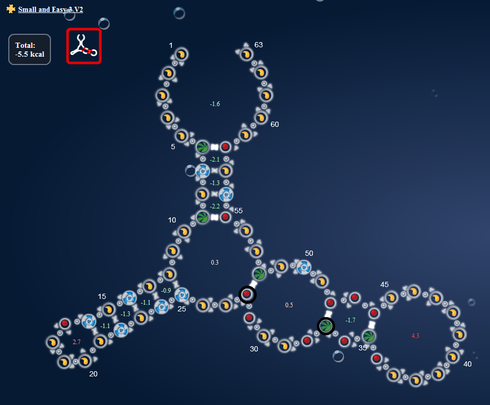 After your added a blue U at base 50, your puzzle should look like this in Natural mode. As you can see, there is another small tetraloop forming where it is unwanted. (Marked nucleotides) 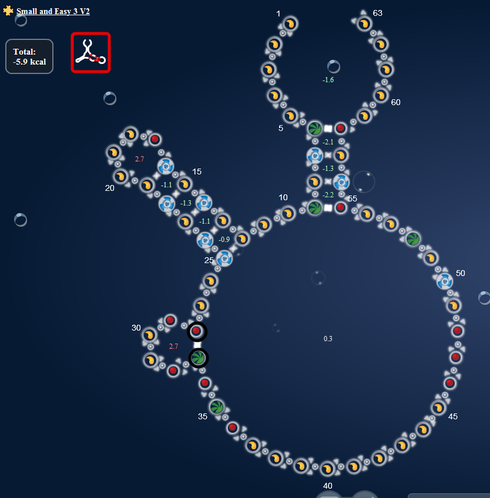 Now as the final step in solving the puzzle. Using the method described earlier, where would you put the U, as the means to unstabilize the second tetraloop, that is unwanted and we want to prevent from forming? If correct placed, the puzzle is solved.

Thanks for that. Just so you know, there are two main types of tetraloops: GNRA and UNCG. The latter is used in Brourd’s Curving Zigzag, the former is the subject of this discussion.

Which allows us to formulate the rule: U’s kill GNRAs.

Could you explain what is “GNRA”?