Here is what I did: 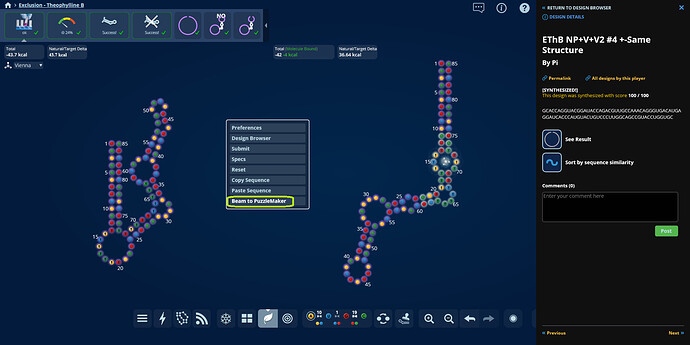 Here is what happened:

Notice that I get only one of the dot brackets. State 1 is just a bunch of dots.

Omei found a work around for getting the dot brackets for both states. I have added images: 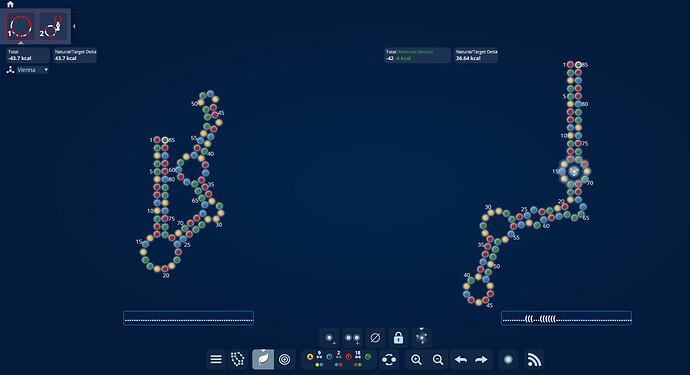 Eli: This need to be done with the game buttons and not in the dot bracket. I found it easier to add in the 5’ end of the state 2, so that is what I did. Then I removed the base again with the Ø button. Notice that the state 2 has become stable. 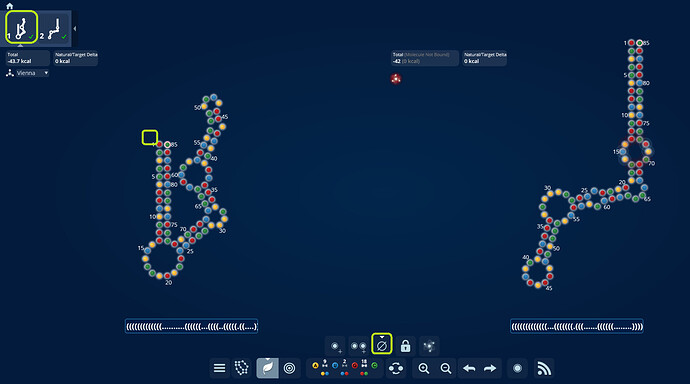 Now there are dot brackets for both states.

Amybarish and DigitalEmbrace have earlier called out this problem with missing dot brackets for lab beam.

Yay, I can now beam both structures in this switch, directly in one click.

LFP6, thx for the fix. I would send you more than 1 heart if I could.