The general method for solving a loop is to place the pairs in the stacks around it, then start on the loop. First, note the free energy contribution of the loop by mousing over the loop and looking at the free energy display in the top left corner. Then mutate the nucleotides that are adjacent to the pairing nucleotides (circled in black in the picture below) to G’s one at a time. I have always gotten the best results by mutating to guanine (G), the reason for that is that guanine is the biggest base so it’s size likely helps stabilize the loop. Do this for each of the adjacent nucleotides hitting undo after each one and paying attention to which makes the free energy of the loop go to the lowest value.

Following are some of the more common loops that you will see and the improvements that can be made by adding one or more G’s to the loop.

Putting guanine’s in the adjacent positions can be crucial for stabilizing short stacks. For example, the top loop in the Saccharomyces Cerevisiae puzzle requires a G in a particular place to make it fold properly.

This is not an exhaustive list of loops, and more will be added to it soon.

Wow, Matt! Nice Job! Wish I had had the benefit of this when I started.

This will be a huge help to the new players; I’m going to keep a link to it handy to distribute in chat to the new folks when questions arise that this article will answer so much better than anyone could ever quickly and easily explain in the chat environment.

Looking forward to seeing seeing what else you might add.

Matt you should add the 1-1 using GC bond on both sides. That one only requires 1 G being added across from the G’s in the bond. If I think of more types I’ll add them down here.

thanks for the tips…will be a big help to this newbie!

Just started eteRNA tonight…real newbie, but I’ve been reading the solution guides and already I feel better. It’s been a long time since my college level genetics class.

There are two reasons that I didn’t. First is that I wanted to make the flanking regions consistent for all of the loops. Secondly, that is probably not the best thing to do in general because of the restrictions on the harder levels.

Do you have any guide concerning loops like the one in the attached image?
Note the globule askew immediately to the upper right of the loop.

I solved the loop - eventually.
But which of these solutions do you consider to be the best? 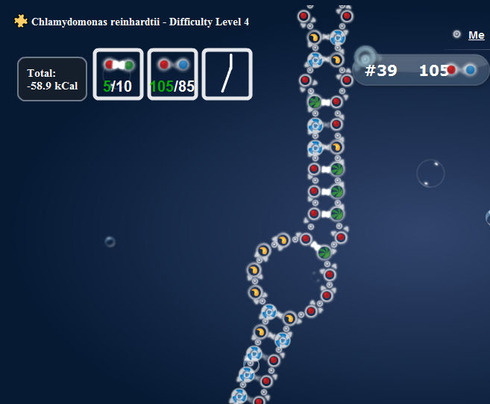 And then I found the “Stay” button and made this: 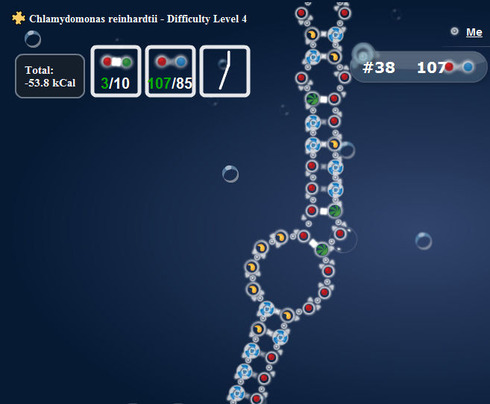 Also worth mentioning certain tetraloops (i.e. loops of size 4) have special energy terms as they are super-stable.

Note the middle 4 bases are the loop, the first and last are the closing base pair, and that it matters what direction you place it (i.e. 5’ to 3’)

Try out strategy puzzles to learn more about the loops -

Hi Alan.Robot - Question: Are the tetraloop sequences shown at that Zuker Link ablove in 5’-3’ order? or in 3’-5- order? (it isn’t clear to me… it’s not marked on the page, and I am unfamiliar with whether there is a convention for un-labelled sequences) Thanks. -d9

yup, they are listed 5’ to 3’. There are a few that close with UG basepairs that are great for UG competitions

Incidentally, the actual parameter file used by the backend is most likely vienna13.par in this source distribution
http://www.tbi.univie.ac.at/~ivo/RNA/…
but it is identical to the Zucker terms as far as I know and the Zuker text file is more readable:

Also I can now verify that the Zuker Tetraloop List is identical to the Vienna Tetraloop List, but only in the “default.par” file (both contain the identical 30 entries).

My first guess is that the Zuker list is limited to the most commonly seen, while (my guess is) the Vienna includes every possibility for completeness sake, regardless of how rare. Perhaps you could shed a little more light on that for me? Also, I have no idea why in the Vienna.par file, all the tetraloop sequences are listed at the same energy (-200) At any rate, thanks so much once again for the info and sources!

Great sleuthing, dimension9. I can confirm after reading the readme file (why didn’t I do that first?) that default.par is in fact the default parameter set and that vienna13.par is an obsolete set provided for backwards compatibility for an older version of the program, where the energy values were probably just placeholders in anticipation of further tuning (also indicated by the fact that all possible quadruples are used).

Incidentally, for those who are super-interested they provide the original citation for the current energy function as:
http://dx.doi.org/10.1006/jmbi.1999.2700
which, at 2500 citations, is certainly the most authoritative reference there is on that subject, and the tables are much more human-readable than the ascii textfile we’ve been linking for tetraloop, stacking, and bulge energies.

Might be nice to extract the tables and post them somewhere for general reference, no need for people to spend days and days reverse engineering it as it’s not meant to be a secret.

Here’s another link if you don’t have institutional access to JMB
http://bio.gnu.ac.kr/research/miRNA/R…

“Might be nice to extract the tables and post them somewhere for general reference, no need for people to spend days and days reverse engineering it as it’s not meant to be a secret.”

After a recent conversation with Sneh in Chat about the importance of loops in general, and after seeing some of the tetraloop configurations which have recently been being submitted in Lab Competitions, but which I felt may perhaps not have been valid configurations, such as the “All Uracil” tetraloop that has been used many times (and which I have nicknamed the “Blue Cauliflower” tetraloop), I thought I would like to do a little research, and publish some kind of definitive reference for myself, as well as other players, where all of the valid tetraloop configurations were laid out visually (with game-graphic screenshots) for easy reference, specifically tailored to the needs of EteRNA players rather than scientists.

Thanks, and Best Regards, 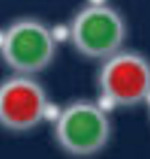 could you provide a zoomed-out picture? It looks like a loop size of 3 from this picture. …

I did not want to show a lot of adjoining basepairs and the correct solution for a larger area of this puzzle, but I have encircled the loops in the image below:

Interesting. This should be a single nt bulge, where I think you get the stacking energy as if the bulge weren’t there plus a loop-size dependent penalty, not sure where the identity of the bulge nt comes into play, other than preventing mispairing. The equation is here: http://rna.urmc.rochester.edu/NNDB/tu…

Yes, it is essential to prevent mispairing (edit: or as I now read Ding point out - formation of a 2-2 loop) where three or more mirrored single nucleotide loops follow each other

I did not show such a setup here because then it would be easy to go straight to this player-designed puzzle and solve it, and that would be unfair for the creator (it is not I).