Came up with the idea for this strategy a week back, while I was on a walk.

Until recently I have only made strategies, that penalizes inside an specific element. But the sequence of nucleotides continues after the element and into another. The placements of the nucleotides in two elements close to each other, can affect how well they work together.

I was thinking what if a line on three nucleotides of the same color, continued from hairpin up in a tetraloop? I remembered seing one. And I had an idea about that it could not be good.

I went through the old labs. And this pattern seems to be more prevalent among low scoring designs and not present in designs scoring 93 and over. The structure often breaks in this spot in the estimate mode.

Here are a few examples. 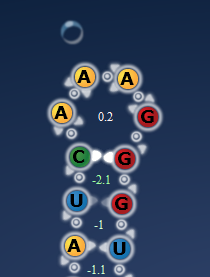 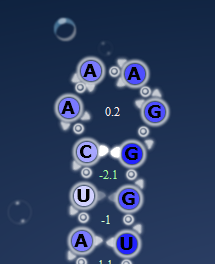 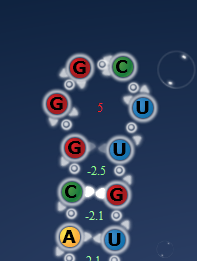 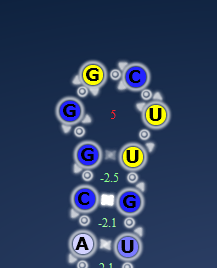 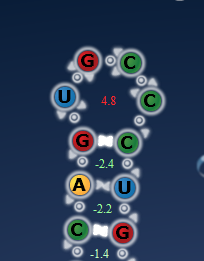 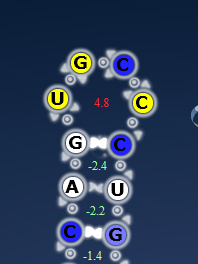 Our bot also did it 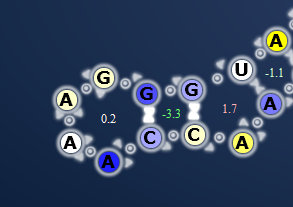 I would like a strategy for hairpins with tetraloops that says, no line of 3 or more blue and yellow nucleotides in line touching an outer loop, the same as an end loop. That can be a tetraloop or bigger loop. 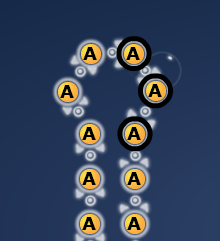 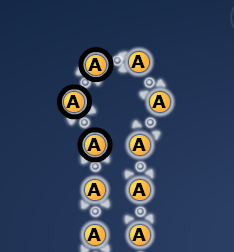 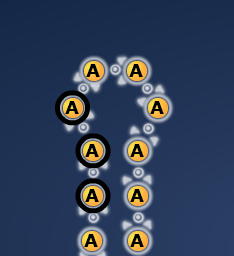 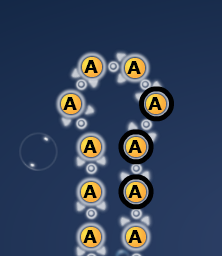 For a line of 3 nucleotides of the same color in the positions shown, give -1 pr each line of three of the same color, no matter if they are green, red, yellow or blue. Some of these lines will be worse than others, but I haven’t got enough data to say which. So I just want them automaticly penalized, in case they should occour. I am almost sure none of them will do any good.

Give -1 pr nucleotide longer of the same color, if the colored line continues to either side of the marked nucleotides. (Except for yellow).