I would like to have an overall strategy for my earlier 4 strategies, Green line, Blue line, Red line and Yellow line with string (Last one not programmed yet). Here is why:

I can see from the general bot output, that it uses too many lines with 3 nucleotides or more of the same color.

The last part is not taken into account in my earlier strategies, which is why I made a collective strategy, to hit the problem fast and hard. It should also make the bot a bit faster, having the algorithm run one time instead of four.

I will like to have a strategy that says, no strands in a string with 3 nucleotides of the same color in line after each other. Be it green, red, blue and yellow.

Also give -1 pr. each extra nucleotide, if the line of same colored nucleotides is longer than 3.

This is not my usual method, I’d rather send a small missile hitting when needed instead of nuking too much. But here an exception is needed. Nuke the colored lines

This is an example on what happens when many lines of red and green are present. Yellow and blue lines are not as bad as green and red, but when the number of color lines is adding up, they are a big problem too. 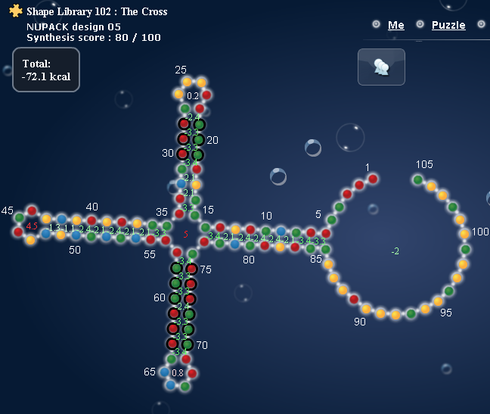 Notice how all except one of the line pairs, finds partners elsewhere. And notice the drop in energy. 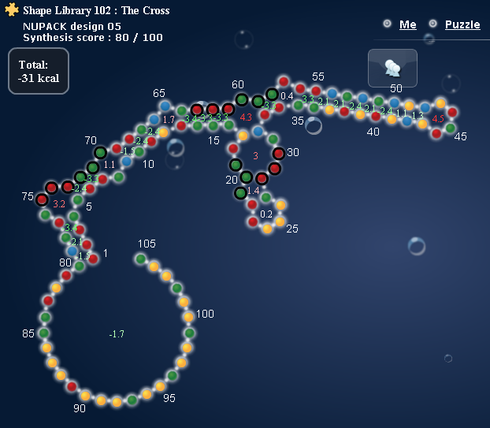 Thanks to Brourd for title inspiration and for discussing the making of the strategy.