For me they stop loading after several hundred, depending on the page. 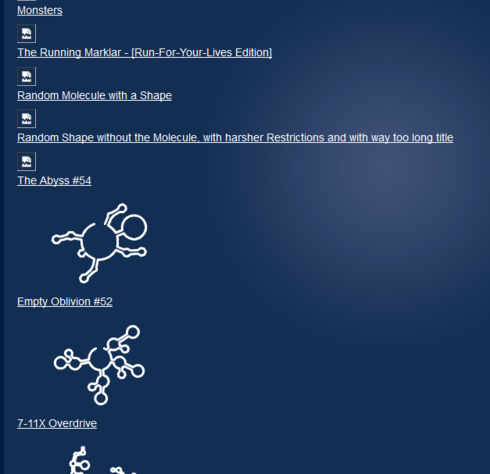 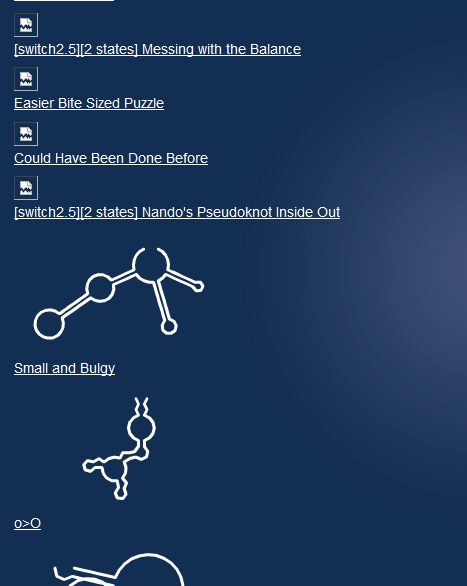 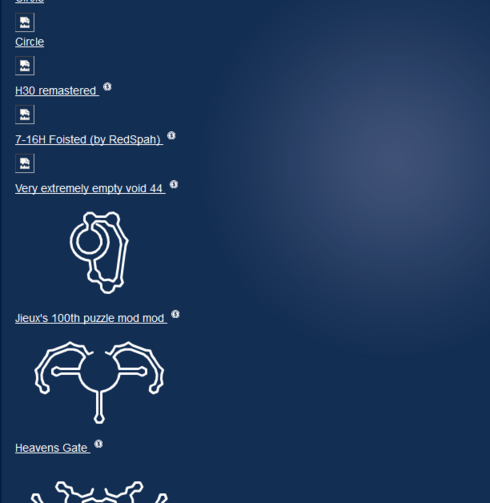 I can confirm the bug. It also happens on Hoglahoo’s and on my page with “Created puzzles”.

FWIW, I know what the problem is. Prior to last November, the thumbnails were kept on an Eterna server, at http://eterna.cmu.edu/sites/default/f…. As part of a large set of changes, the thumbnails were moved to an Amazon server, at URL https://s3.amazonaws.com/eterna/puzzl…. The Amazon server has a complete set of thumbnails, but the Eterna is no longer being updated. To fix it, a dev just needs to update the URL used by the UI.