HOW TO SOLVE PUZZLES IN BIG STEPS 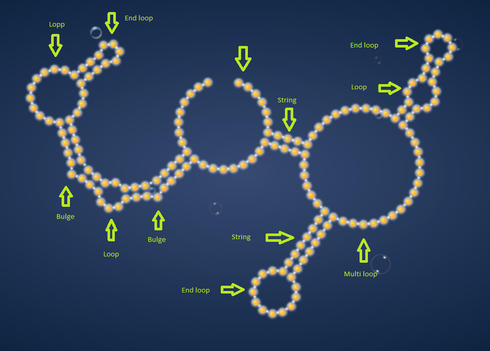 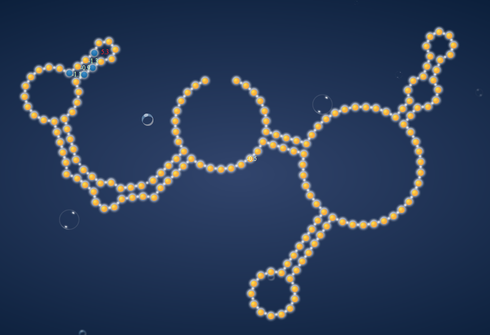 Fill in all the strings in the puzzle with AU-pairs. 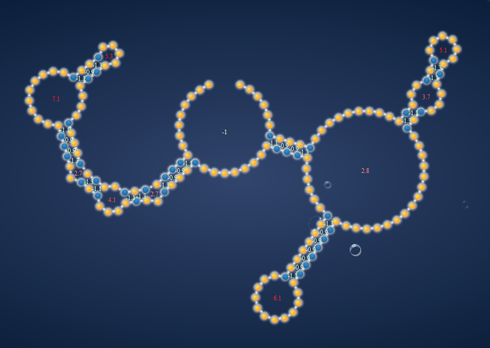 Keep an eye on the small red box at the left top corner of the screen. It indicates how well the puzzle structure is stabilized. Red lines means unstabilized.

Having long stretches of AU-pairs in line is not always good. Switch a few around with the white swapping tool right beside where you pick the differently colored nucleotides. Swapping a few basepairs makes the basepairs on the two lines of nucleotides connect better and the string more stable. 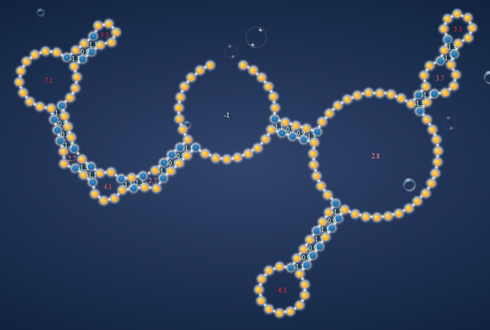 One of the AU-pairs in the long string at the right bottom of the picture, are made to turn the other way. Notice how it make target shape looks better in the red little box. There is less red, which means you are closer to stabilize it. 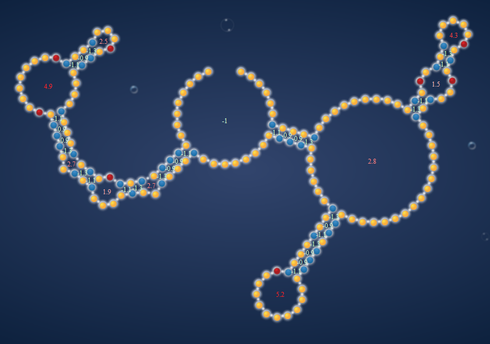 GC-pairs have optimal stabilizing effect on the puzzle if used in the multiloops, hooks and junctions in general.

Junction is where loop and string meet, bulge meet string or hook meet string. All the junctions are marked with orange stars. 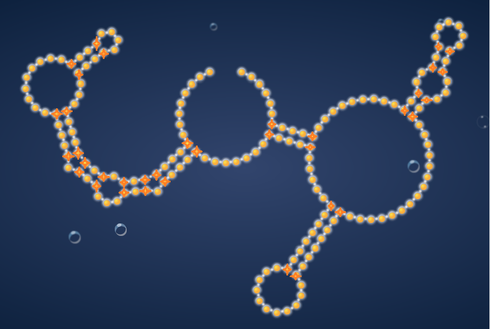 Turning the GC-pairs in the right direction, raises the negative energy inside the loop and helps it keep the puzzle structure together. 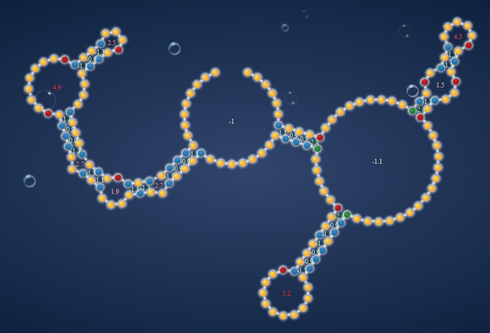 Place GC-pairs in the area of the puzzle, where there is red spots in the target shape box. 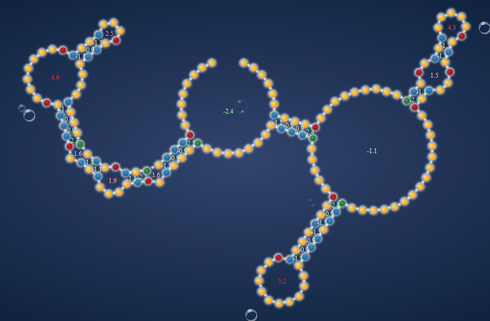 Notice all structure in the target shape box went white. Now the structure is stabilized.

If a puzzle needs GU-pairs, ALWAYS place the AU-pairs and GC-pairs first and make sure the puzzle is stabilized – no red spots in the target shape. THEN you can fill in any GU-pairs. Else they will acts as string splitters, so you won’t be able to solve the puzzle. 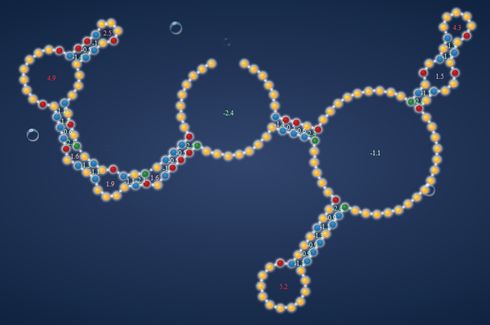 Thanks to Mat for feedback and good ideas while the puzzle solving guide was in the making. Also thanks to Starryjess and Nascarnut, for helping my clarify things in the guide.

This guide has been posted on “Players’ strategy guides” news post as well. Thanks always for the great guide Eli!

Yesterday Tin Do Duc Tran asked me an excellent question: “When stabilizing using GC-pairs, should I attack the large loops first?”

That is actually what I do. I just didn’t mentioned it, because I didn’t thought about it conciously.

So when placing GC-pairs in puzzles that only allows few, go for the big multiloops or structures that are otherwise energeticly pressured. Regions that are energeticly pressured, will show themselves, by being hard to stabilize. Later you might be able to recognize them, before you are trying to stabilize the puzzle, which will help you place the GC-pairs, where they are most needed.

Here is a link to Ciliate telomerase. Thanks to Mat for suggesting that I added a link to the puzzle itself, so you can practice the guide in the real thing.

Here is an addition to my Puzzle solving guide. If you are new and just have read my guide, go solve solve some puzzles first and return to the addition later, to get most from it.

I’m starting tutorial2 and haven’t played in a year or so. some startup(and I mean basic, fire-up the game board stuff) info and I should be OK
axolotl

Very good. This should be very helpful to me in the future. Thanks!

I am relatively new to this and not terribly educated with some tricks with computers but I like puzzles and this is what I have been looking for in guidance. Thanks for the help.