I have found that C tends to be most prevalent at a specific spot in the neck area in the lab data. Like the marked nucleotide in the picture. 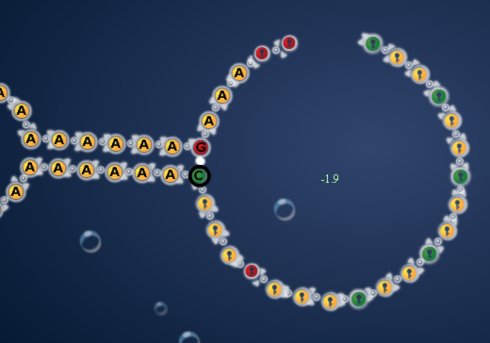 As Mat added when I discussed my forum post with him in chat: Eli - I do like my C there on most designs.

So I will not rule them totally out as it would be a shame, just push the algorithm in the way that has highest success rate.

For theory behind see this post. Energy in neck aligned with energy spots in the design

Give 0 if end basepair is GU and AU basepairs. I know that a few time GU and AU- closing pairs will fly, but so far they are very rare.