The strategy should work for FMN, FMN/MS2 switches and microRNA turnoff switches.

Here are a few things that are already made into separate strategies, but are central to this strategy.

This is a variant of my former strategy for tails. Just here I wish that tails should always be made to pair with each other. And penalize if they are not.

Similar this is also being a strategy already by jandersonlee. However it is also important here. These two requests above, are often one and the same thing.

Aptamer after static stem of tails 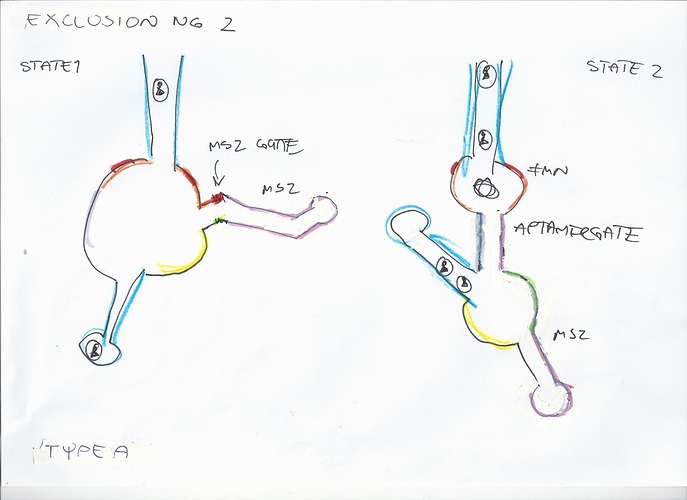 No aptamer directly after static stem made of tails

Example to the right (Static neck = blue placed after the grey aptamer gate, which is the aptamer gate furthest away from the MS2 sequence) 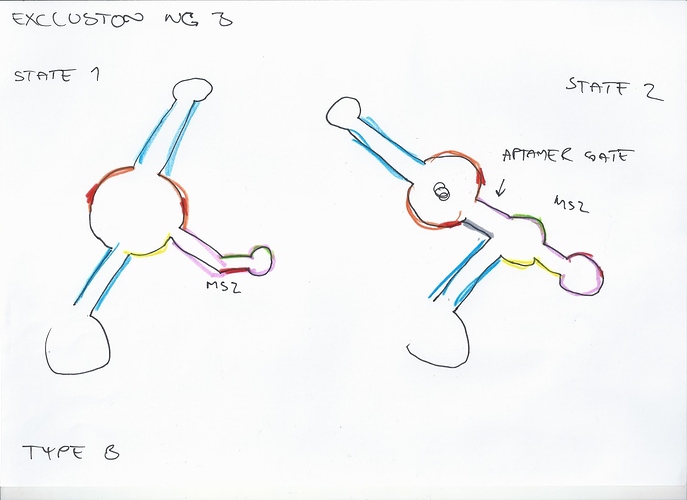 Aptamer gates are typically 3-5 base pairs long. I see the current trend point more towards 4 or 5 than 3 base pairs of length.

On Static Stems = Stability for Switching