Hi, I was wondering about the thirty nucleotide limit for internal loops in EteRNA. I assume that the limit is there because internal loops larger than that are unstable, however, it would be nice to get a more thorough explanation, especially since the shapes that form, when the larger loop breaks, usually have a higher positive energy compared to the target shape. Thanks for the game 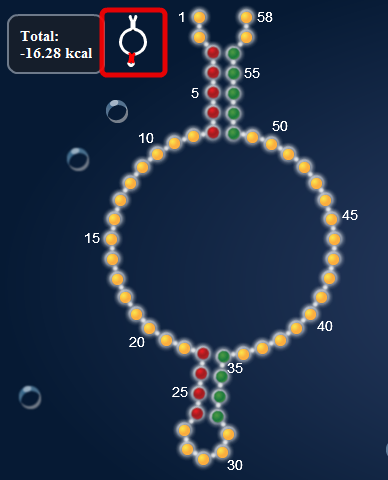 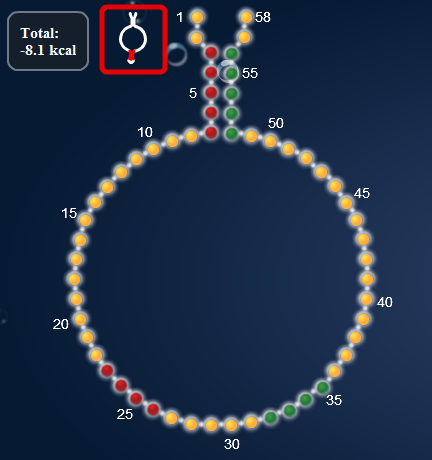 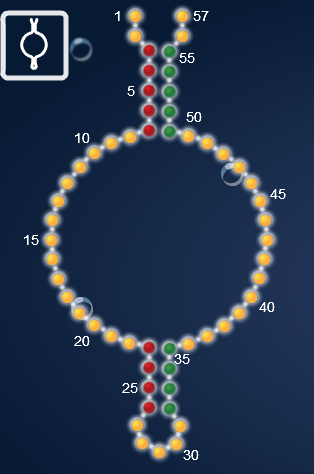 There is an special jump from internal loop of 30 to 31 or more - until 30, there are specific thermodynamic parameters measured specifically for each length, but however after 31 the thermodynamic parameter simply gets reduced to one logarithmic formula. This is due to the fact there aren’t many examples with 31 or more internal loops that scientists can extract parameters from.

The problem in the game can be a glitch though - it might be displaying wrong energy for the nature mode when it has 31 or more nucleotides. We’ll investigate this problem. Thanks for reporting.

Thanks Jee for the explanation.

So then, are you saying that internal loops larger than 30 nucleotides should be stable in EteRNA?

In addition, I am guessing that as the number of slots increase, that shapes such as these will be mass produced in order to gain better thermodynamic parameters. Are there any other structures that the EteRNA team will be thinking of mass producing for better parameters?