Why doesn't NuPack go below 0c? 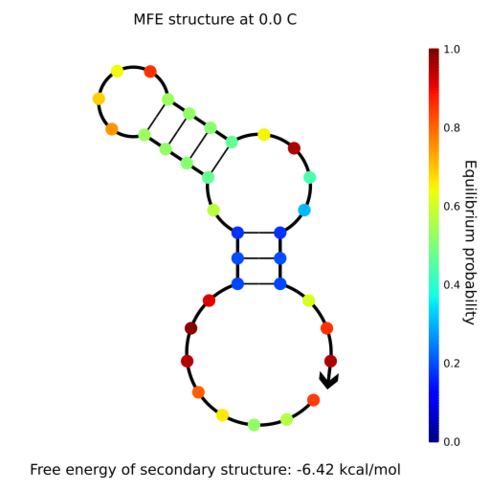 Probably just an arbitrary cutoff made by the developers, certainly the algorithm has no limitation to positive temperatures.

In the real world, RNA is not stable without large amounts of salt such as NaCl, KCl, CaCl2 and MgCl2 (which you may recognize in the ingredients lists for the stuff they put on sidewalks when it’s freezing out). This is called freezing point depression - therefore it is actually possible to have your RNA at sub-zero temperatures without the test-tube becoming a block of ice.

Interestingly, however, there is often an additional phenomenon called cold denaturation (at least in proteins) in which the balance of stabilizing and destabilizing interactions get flipped on their head. It is not well understood for RNA, but there are reports of such cryogenic phenomenon - those would not be included in NUPACK (or any other algorithm) since those are all calibrated to experiments at 25 degrees C with simple scaling laws to extrapolate to other temperatures.