Now, this is the contrafold hook with the GC as closing pair. 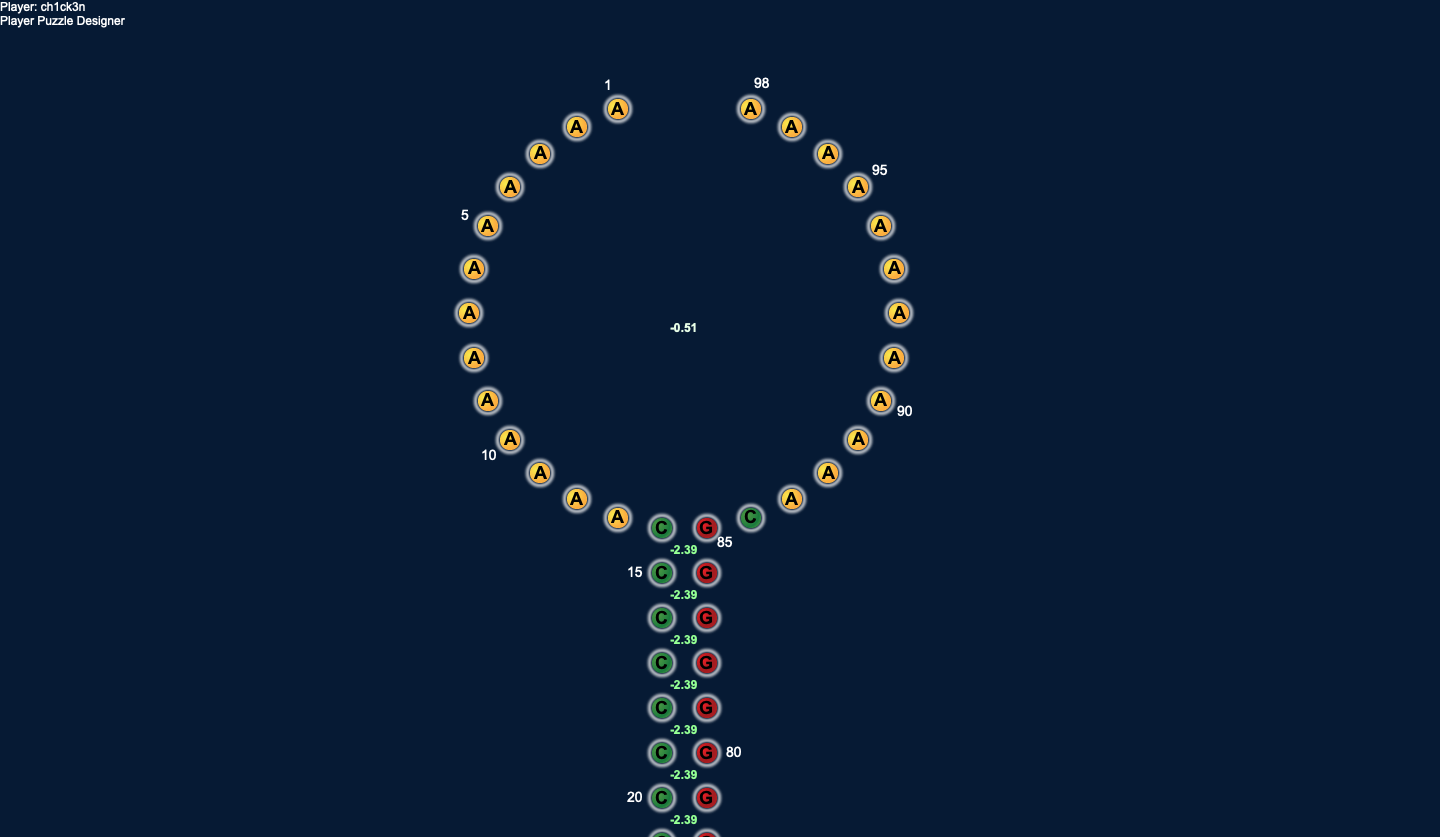 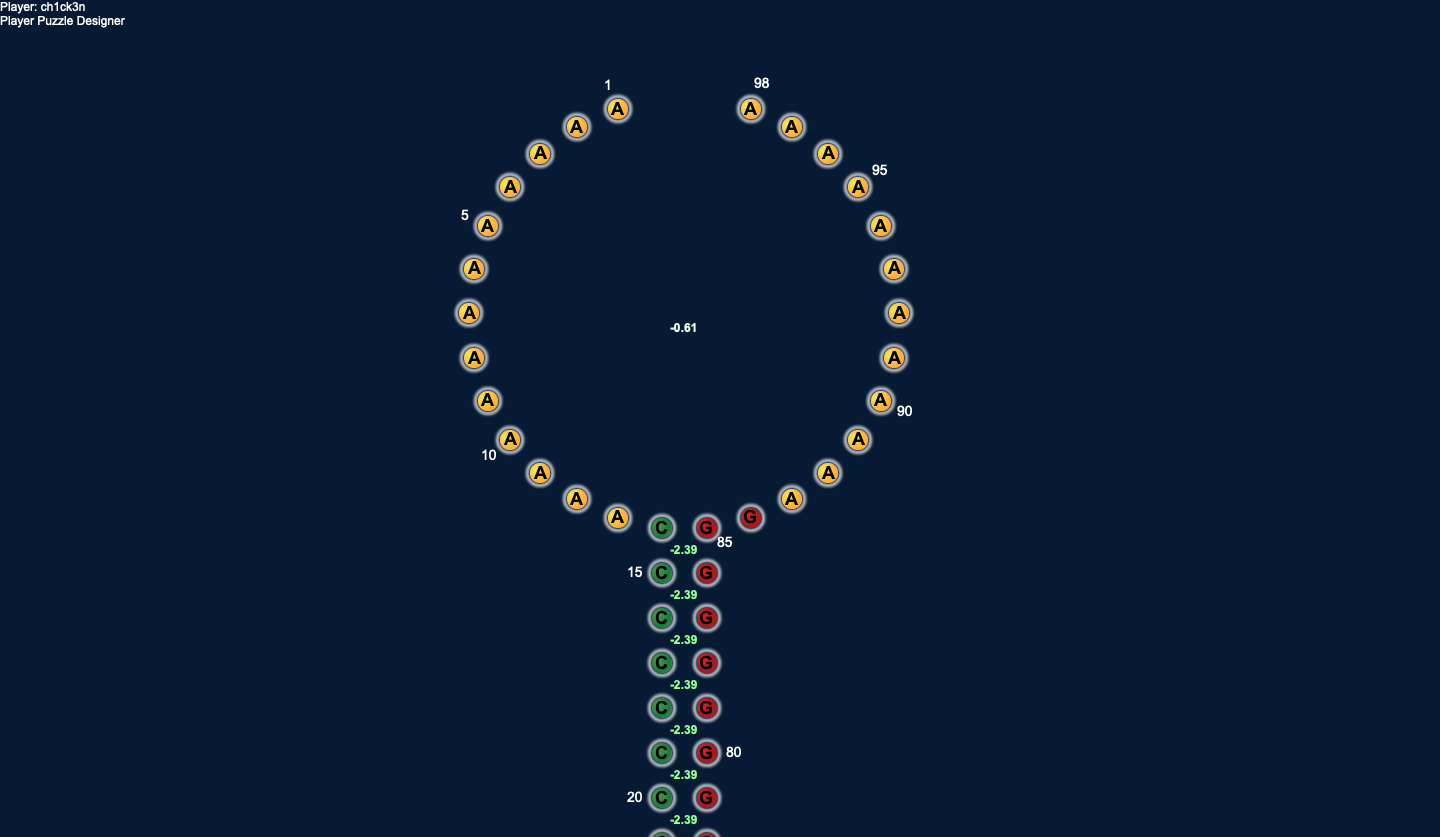 let’s test with U. 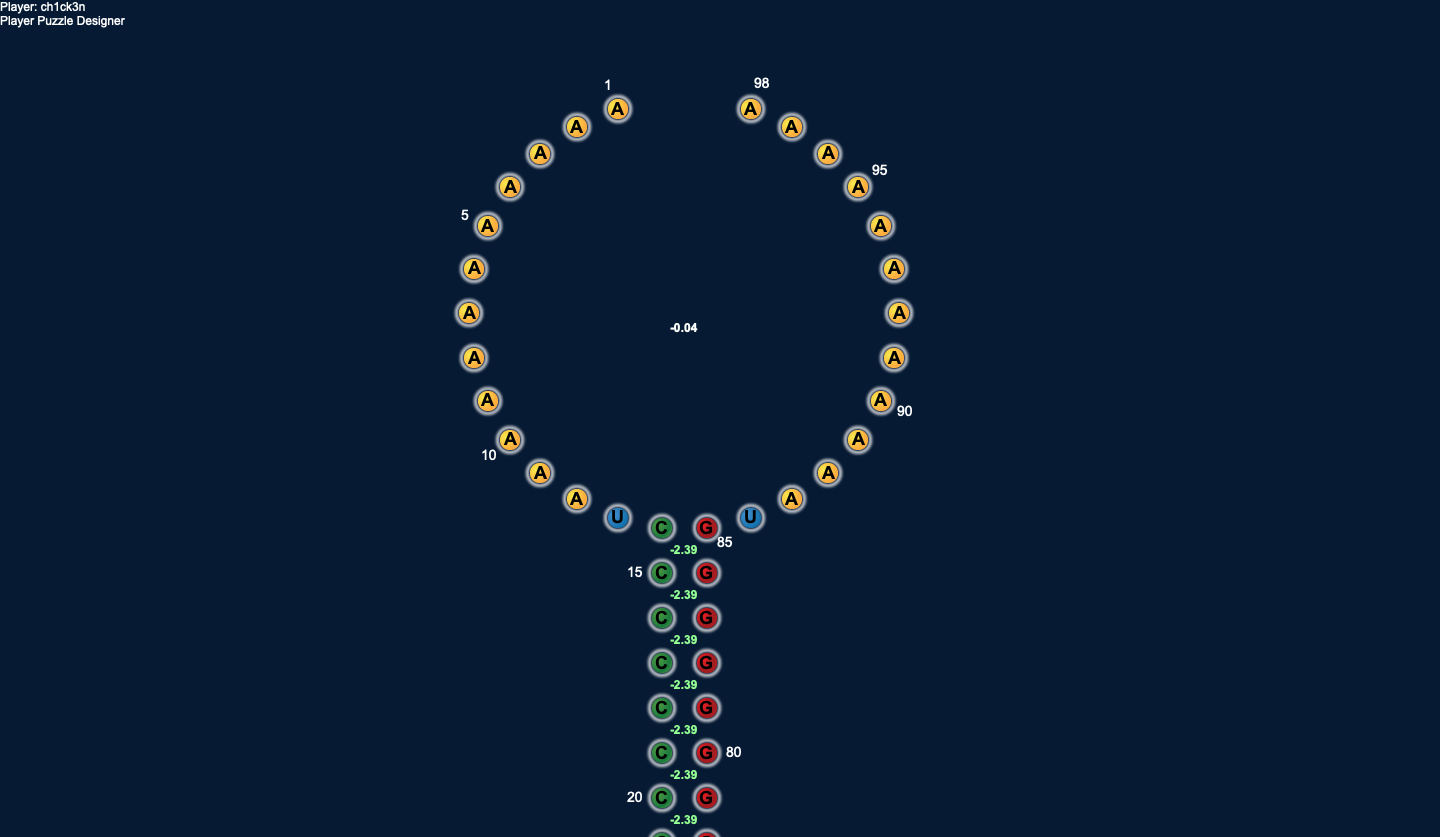 As we all know, in eternafold, we put a U on either side of the 1-1.
but, we must know what the energy is with NO boosts. 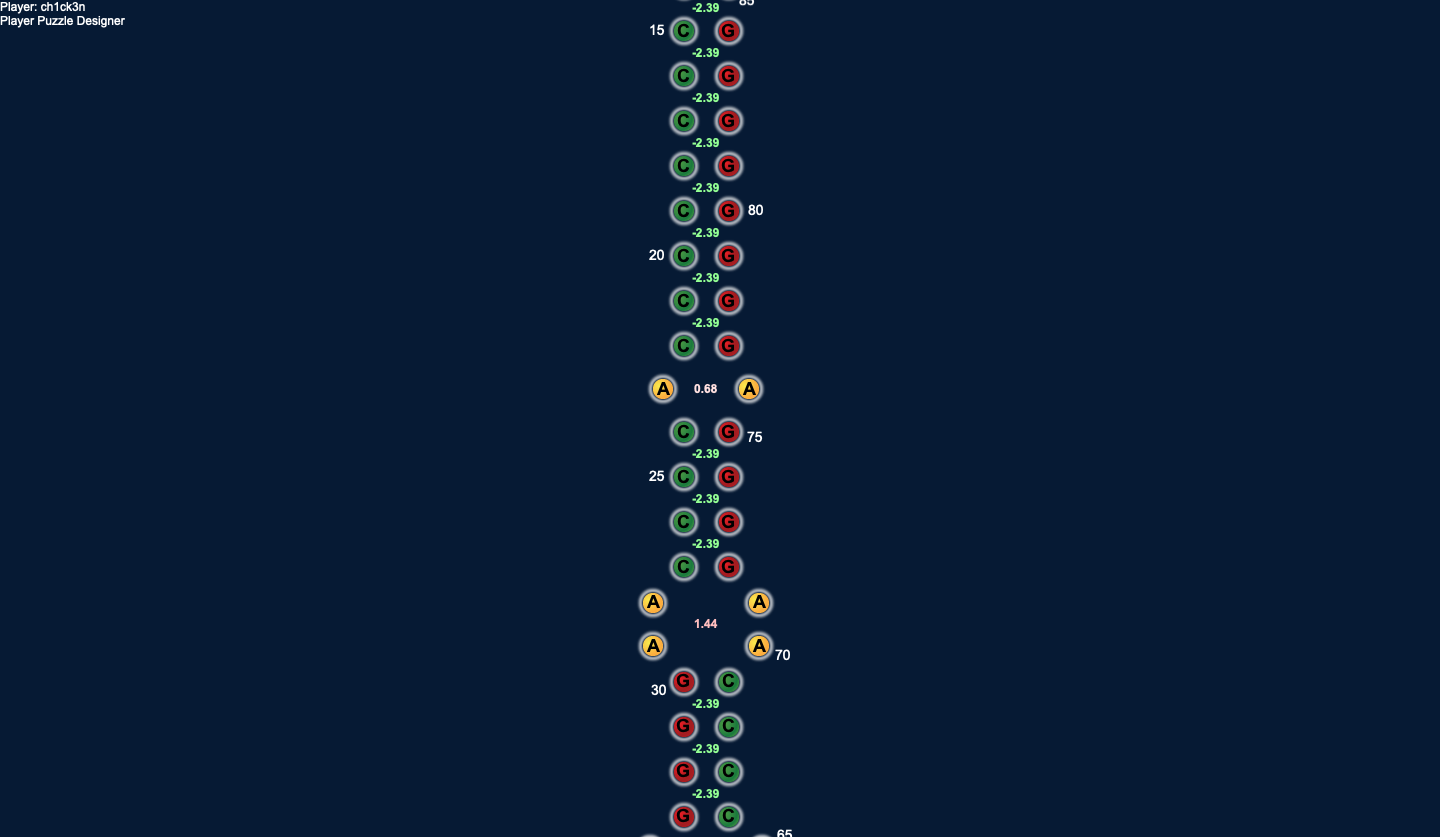 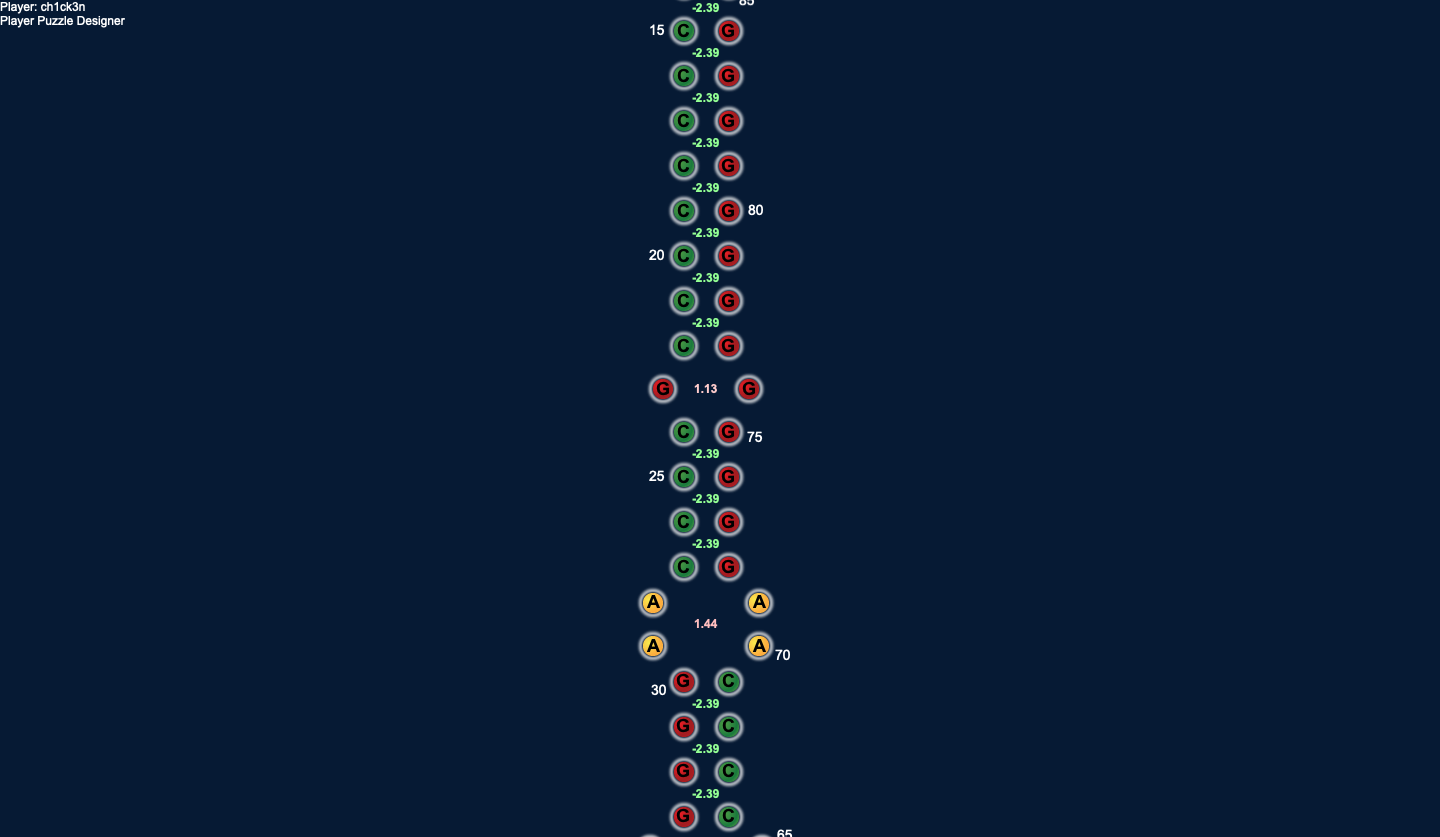 figure 2-2
it raised the energy! let’s try the U-U boost. 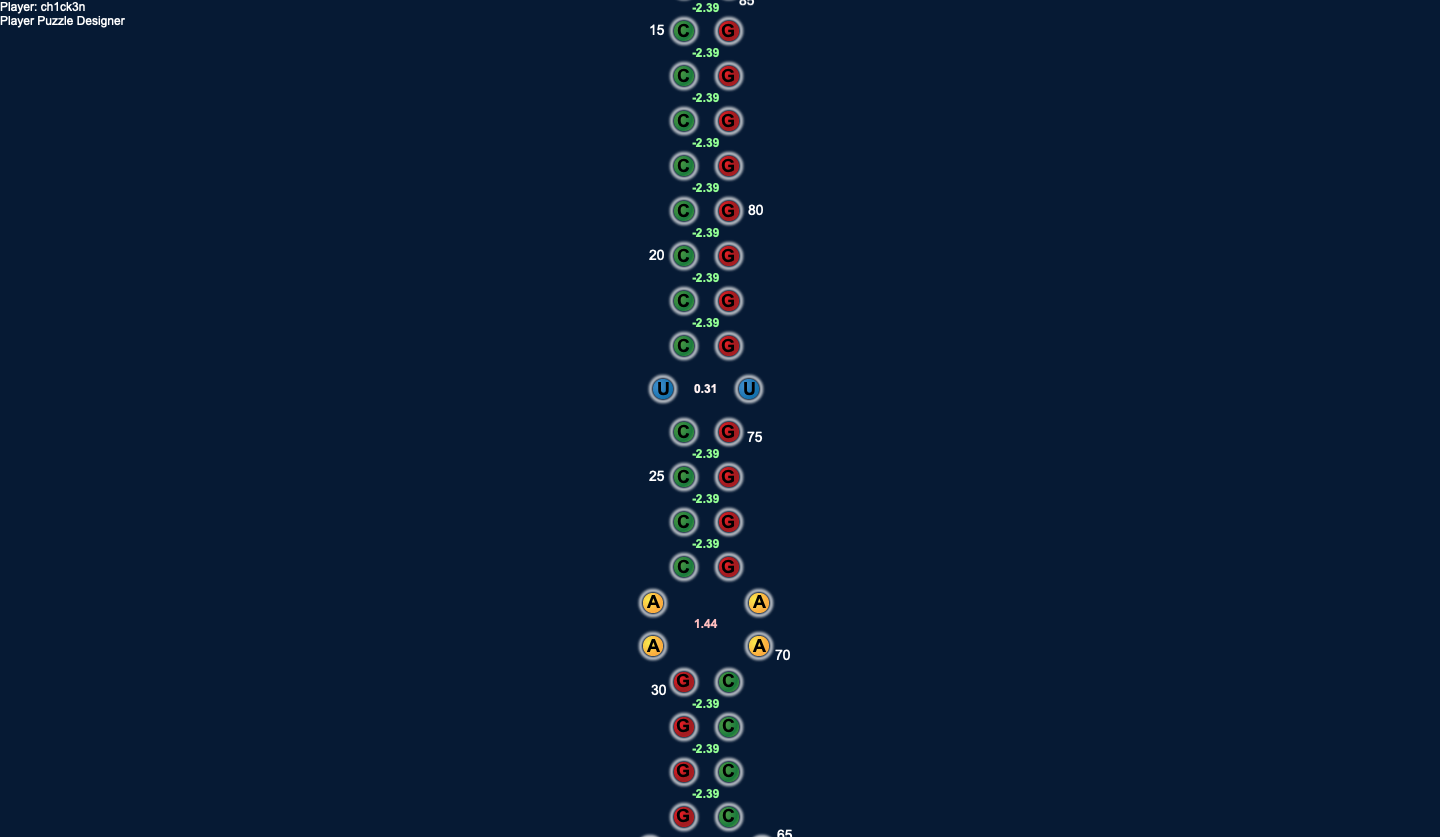 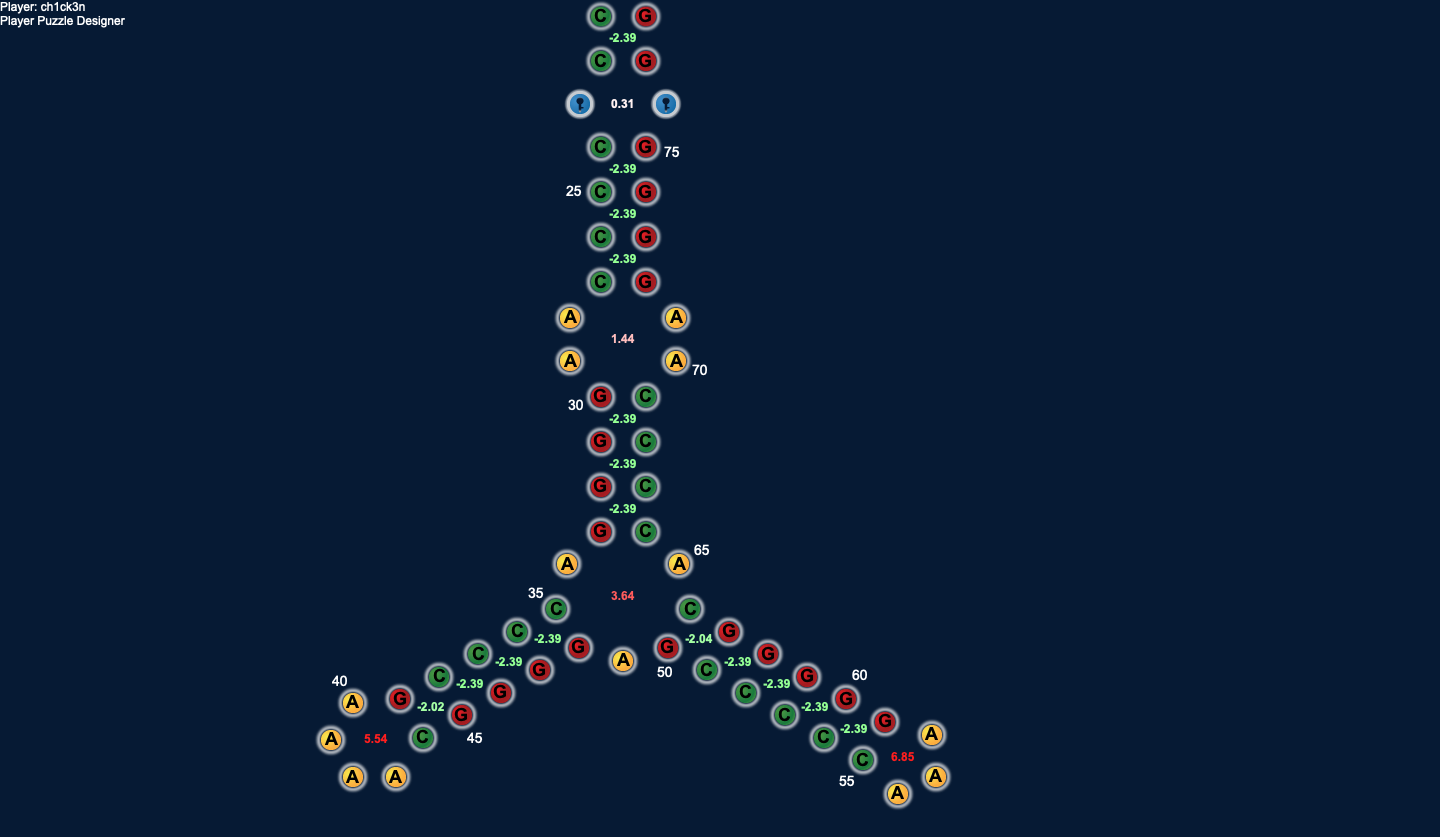 1.44 kcal! now let’s do the GAGA boost, just like the eternafold. 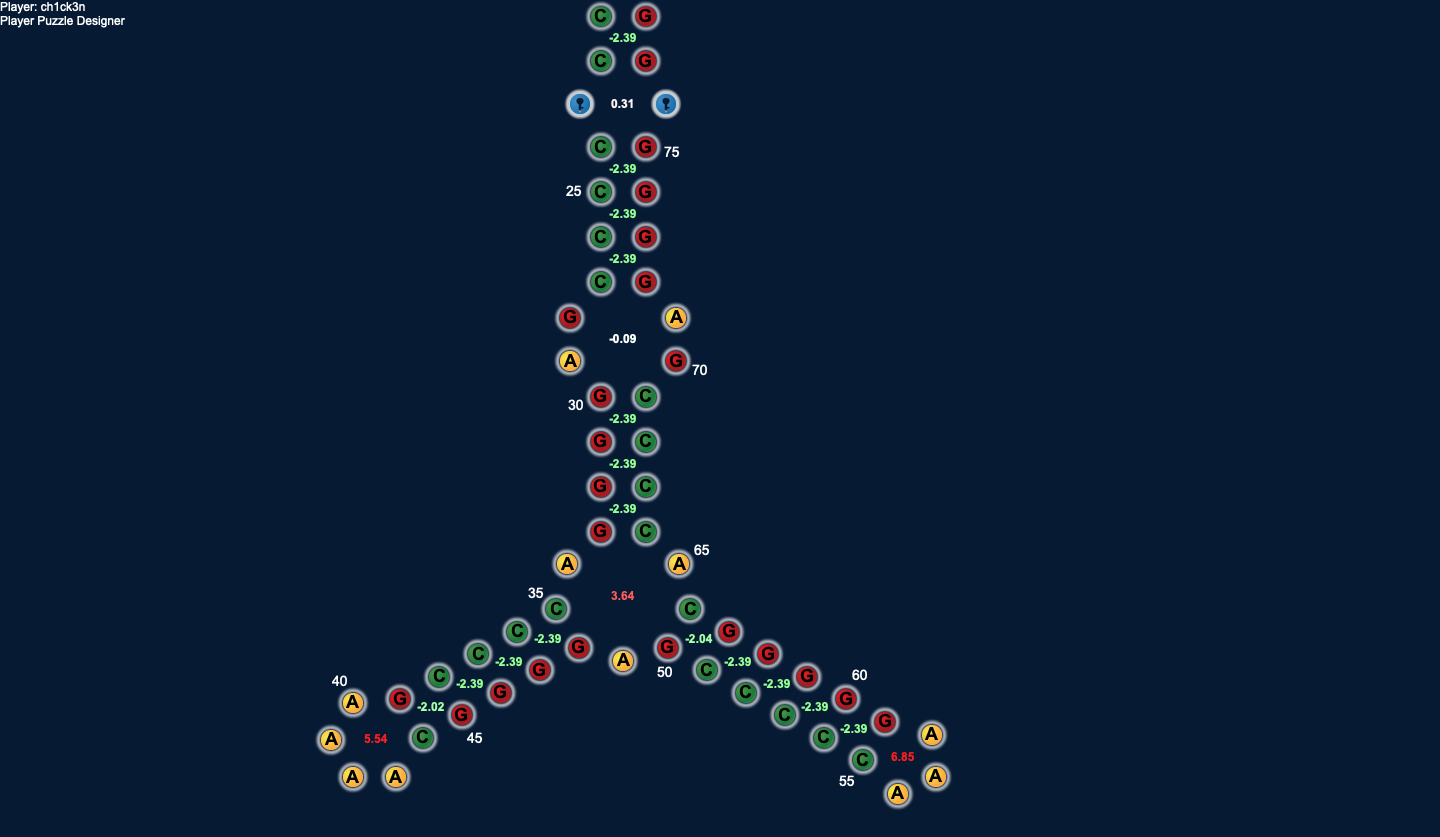 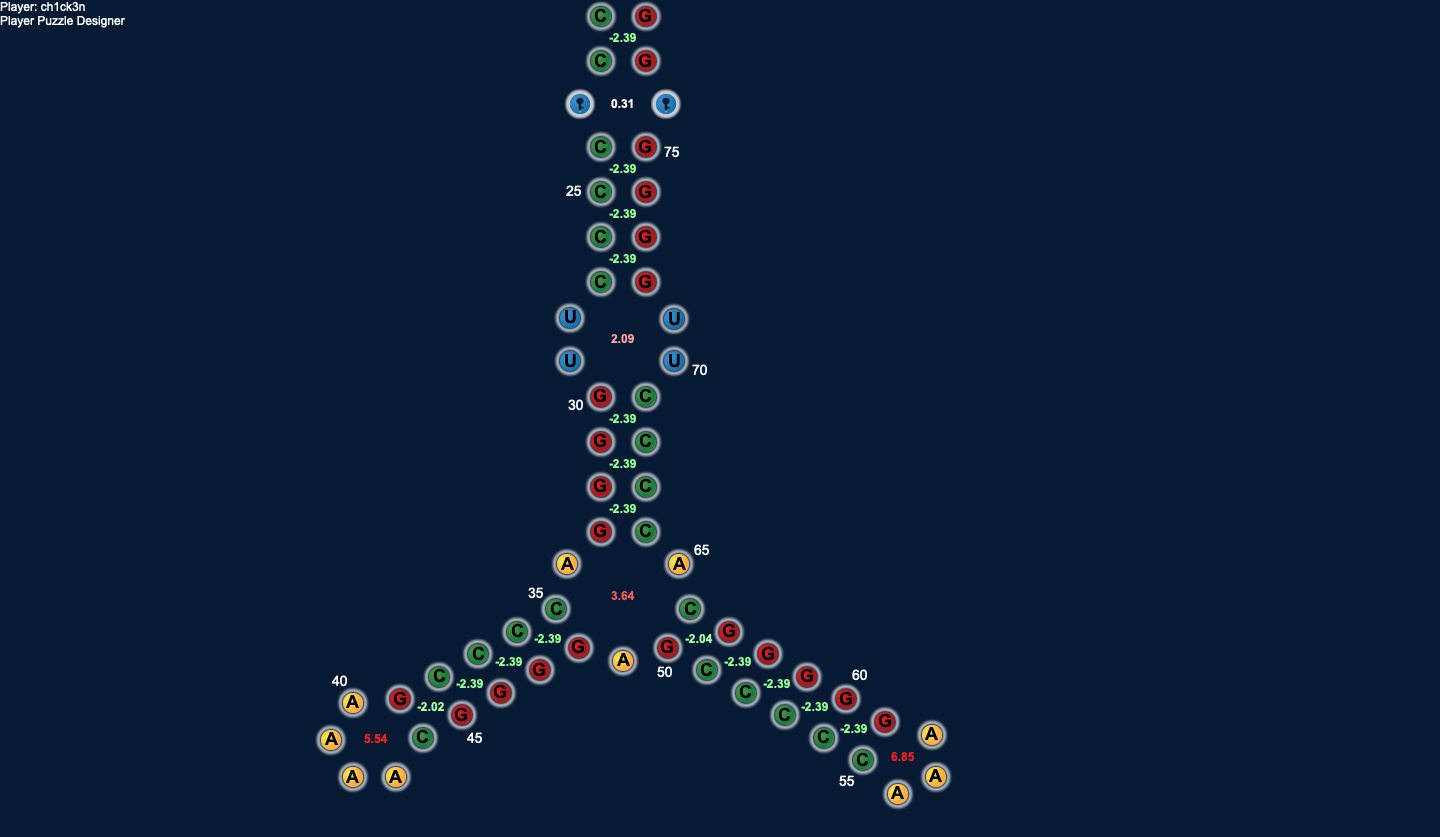 very high energy. not good. let’s do all red.

we all know what a triloop is. it's this loop. 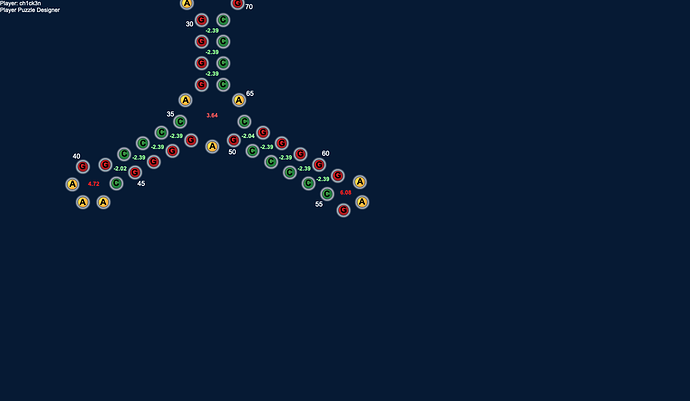 to boost it, put a G on the left of the closing pair, as shown on this figure 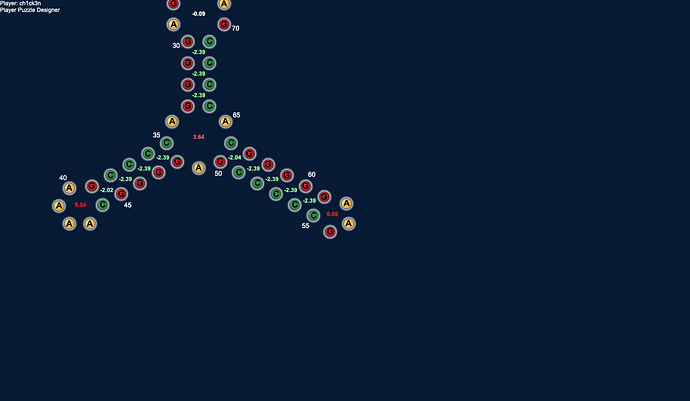 That ends, my tutorial for contrafold, more loops coming soon to this post, and more basics coming, tell me what to put on here in the comments, and please give it a heart <3 thanks! 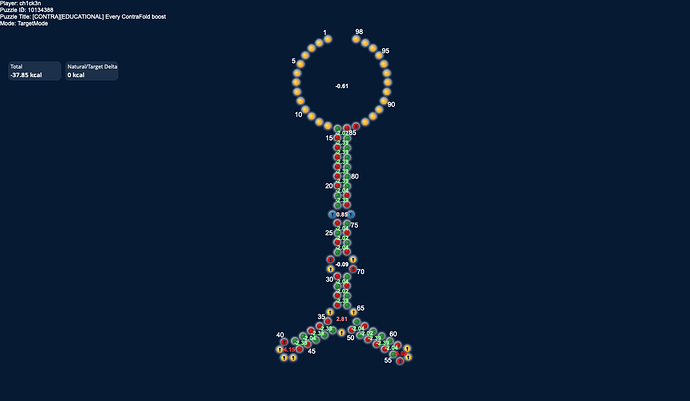 Also, please tell me which boost you liked the most! thanks!

More research shows that the hook boost depends on the hook size and shape.