These posts are to help players see how RNA works, and ways it can be represented visually. Hope you find them helpful. 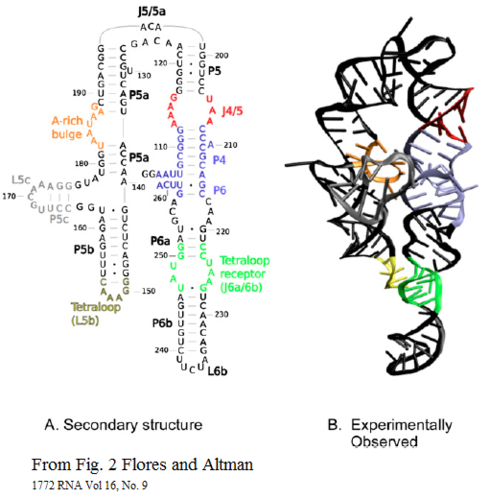 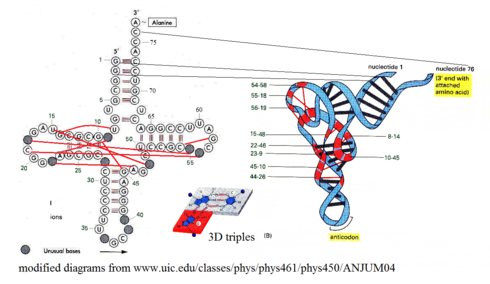 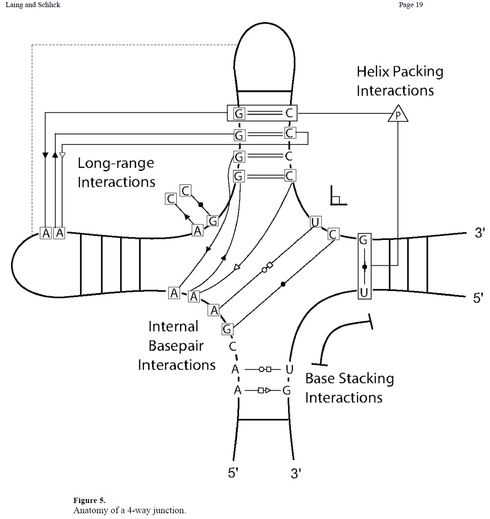 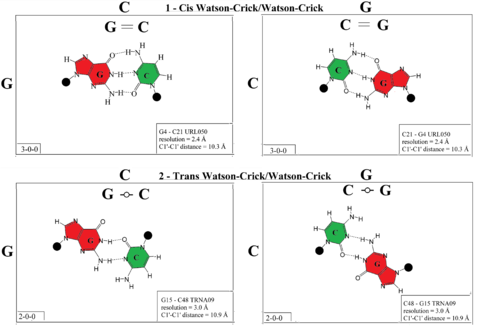 Thanks. Now I am automatically following this thread 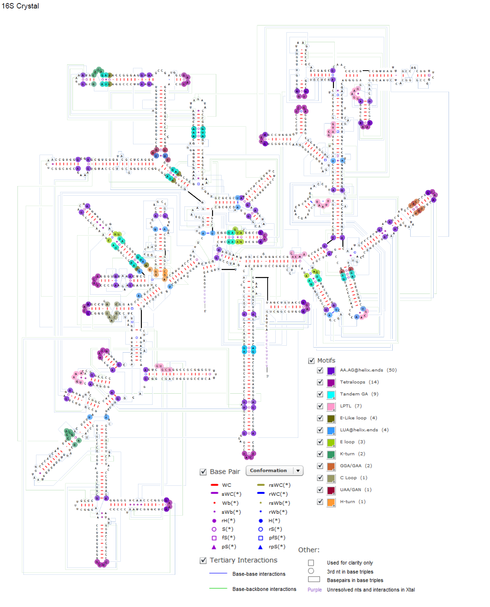 Facinating! And yes, very helpful! Thanks for sharing. : ) 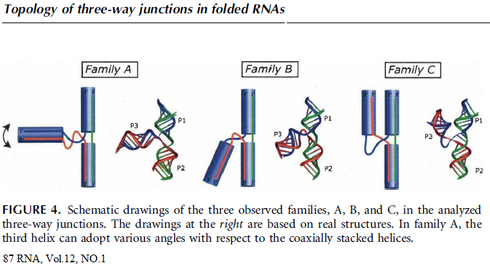 Hog’s Folly G boost slides showing how to boost between stacks in multiloop. 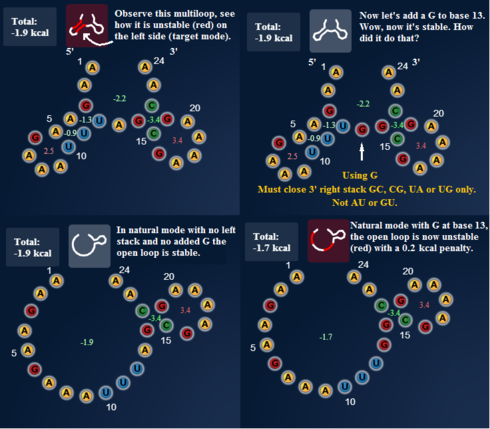 Hog’s Folly C boost slides showing how to boost between stacks in multiloop. 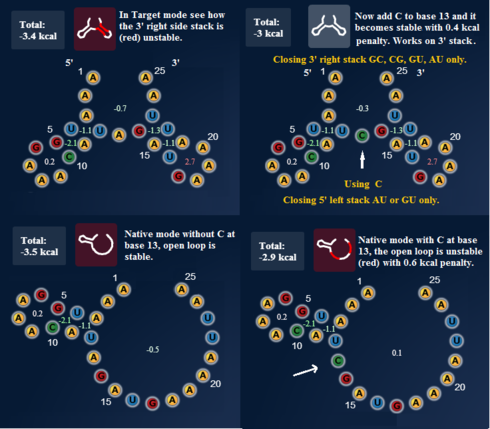 I find the non-Cis-Watson-Crick/Watson-Crick pairs fascinating, but still don’t understand how simply knowing about them helps, given that EteRNA does not understand/use them. Perhaps if there was a dictionary/database of successful multi-loops that used them. (A Tinker-Toy designing approach.)

Are you saying that EteRNA doesn’t use trans-WC/WC pairs? I really don’t know.

But more to the point, anything it doesn’t use will show as an instability–even if it works in nature or the lab. So, knowing about these other shapes gives a basis for finding where they work even though they violate EteRNA rules (for labs). Useless for puzzles though.

> Are you saying that EteRNA doesn’t use trans-WC/WC pairs?

I *believe* EteRNA mostly models cis-WC/WC pairs plus a few special-case loop boosts and some special-case small end-loops. At least that’s all I’ve seen evidence for in the FE values. As far as I can tell, the energy model is fairly simplistic, looking mostly at adjacent stack and loop closure pairs (two on the 5’ side and two on the 3’ side), plus a fudge for the loop size. Some of the loop boosts seem to assume non-cis-WC/WC bonds (e.g. GA, AC, UU, AG, etc.), but I think the stacks are cic-WC/WC plus GU/UG.

Agreed. Might be easier to use some of them if there was a list (possibly from other sources) of multi-loops that have been observed in nature. We might find some of these from data-mining of lab-results too.

OMG! I’ve got huge amounts of non-WC pairs and motifs and database entries, as do others–that all exist in nature, or have been made in labs–that EteRNA doesn’t model. Thankfully, they now allow submissions in lab that violate the model, so we can rationally explore its limitations.

Yes, data mining our own puzzles and labs and making it available to all players. A must do, IMO.

The problem is our inefficient ways to share. I, for one, still can’t find most things that others have tried to share—I don’t know where they shared it, what the best search labels and places would be, etc. It is often very hard to be helpful or get the help you seek. Don’t yet know how to remedy that.

For a start, a Google Docs/Drive Spread sheet is a simple way to share tabular data so that you don’t have to host it yourself. A .csv file is an alternative.

As for shape conventions for partial shapes, I’ve adopted using the vertical bar to represent a cut in a shape (usually in a stack) so for example, the first example in Brourd’s Zig-Zag catalog would be: 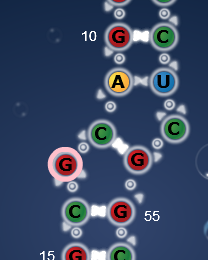 And Eli’s Bends and Ends example from his “My strategy Guide for lab” would be: 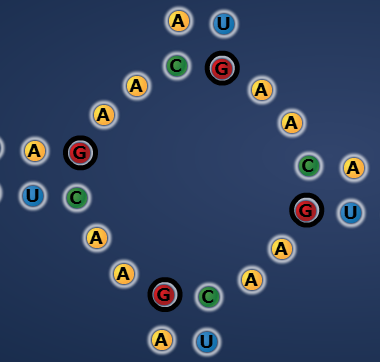 How to distinguish non cis-WC|WC pairs is another matter. Perhaps with {} or [] instead of ()?