The C-trick (and related strategies?)

Is this new or has someone else discovered it before? Unfavourable base pairings can encourage certain RNA shapes to appear.

Take a look at the following image:

That was in target mode. The next image shows it in natural mode:

Here, A* has been replaced by a cytosine (hence the name C-trick). Since a U-C bonding is energetically unfavourable, the structure is encouraged to fold in the correct configuration (U-A). Simple enough. There are other cases (I think), but they won’t be discussed here.

Has this topic been discovered and discussed before? If no, then this would be an important, major oversight in computer RNA folding algorithms. 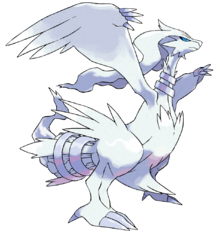 Reshiram For The Win

This is indeed a sound way of avoiding unfavorable pairings. I would not say that this insight is “ignored” by RNA folding algorithms, but that such algorithms don’t quite look at things this way. Instead, the algorithms generally perform stochastic searches over the sequence space, testing whether the RNA folds properly, as well as various other fitness functions, depending on the algorithm.

If you haven’t seen it yet, this news item links to a bunch of strategies which you might find interesting. Also, this is a newer, and really interesting strategy guide.